A list of my top 5 live sets, in no particular order. From CWK to KOL, these bands provided me with some memorable moments.

I managed to push through all the punters to get to the front of this amazing band at Splendour and I can safely say that all the abuse i copped for doing so was definitely worth it (I’m sorry if any of those people were you).

CWK treated the audience to one of the best sets of the weekend, with highlights being tracks ‘Hospital Bed’, ‘Something is Not Right With Me’, ‘Hang Me Out to Dry’ and closing with my favourite ‘Saint John’. 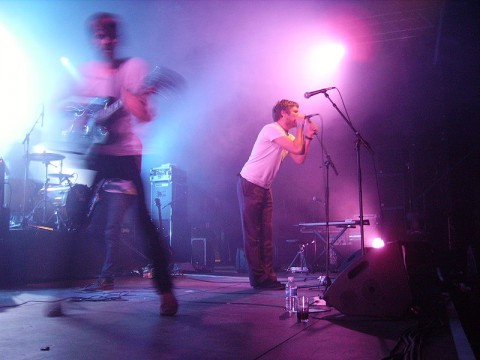 This live show was set to be one not to forget.

Playing just on dawn as the sun was setting, providing a perfect backing to see the fantastic live performance KOL.

This show was just after they had released their third album ‘Because of the Times’, so much of the gig was to promote it. Although they still had a dabble with earlier stuff, and played a string of classics from their first two albums.

The song that stood out for me was definitely ‘Milk’. Although not a song you would associate with a rock concert, it definitely worked. Everyone in the crowd seemed to know the words and it felt like one big sing-along. Amazing.

Other notable songs from the concert were ‘Molly’s Chambers’, ‘The Bucket’ and the hypnotic ‘Knocked Up’. 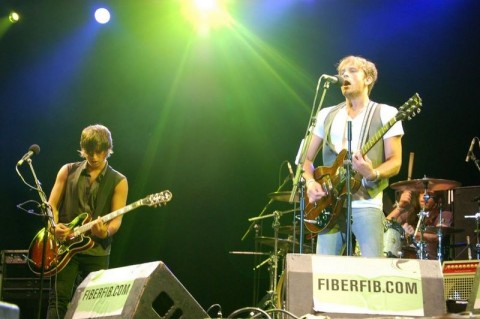 The Flaming Lips – Splendour in the Grass 2009

The entry for this band was by far the most epic thing I’ve seen at any concert to date.

It included the band coming out through a psychedelic throbbing hole between a naked woman’s legs, lead singer Wayne Coyne rolling around the crowd in a giant bubble and also sitting on a gorillas shoulder whilst singing their new song ‘Silver Trembling Hands’.

All this was happening whilst the inside of the tent was getting blasted with a shit load of confetti and balloons.

I was a tiny bit disappointed they didn’t play ‘She Don’t Use Jelly’ but overall a fantastic show and in my opinion by far the best from Splendour 09. 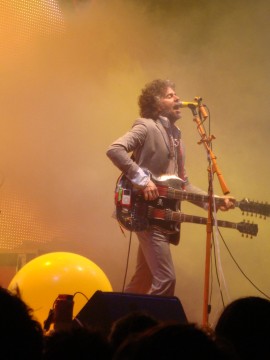 This was one of my first gigs I’ve been to and still one of my favourites.

The Brooklyn based quintet have such a unique sound that anything they do will sound engaging.

Alec Ounsworth explained to the crowd that it was their first time in Australia so they were going to play their most of their songs of their self titled debut album ‘Clap Your Hands Say Yeah’, which was great news as I prefer this album.

Notable songs from the show were the novelty song “Clap Your Hands!” for the first encore.

This song he sang into a megaphone into the microphone, it produced a very eerie effect but he still pulled it off.

Other great songs of the night were ‘Details of the War’ and of course ‘The Skin of My Yellow Country Teeth’.

By the time they came on stage most of the crowd subsided, probably making their way to see Empire of the Sun.

This actually turned out in my favour as i got one of the best views to see this great band. Luke Jenner’s vocals were so crisp and the band sounded amazing the whole set.

The highlight would have definitely been ‘No Sex for Ben’. I suspected everyone in the crown knew it was going to be their final hoorah and they absolutely did not disappoint.