5 Albums You Have To Hear

Speaking to a friend the other day, it came up in conversation how difficult it is to keep up with new music. Despite the best efforts, sometimes great records seem to fall off the radar.

It was something I’d been thinking about for a while; sharing great music which others may have missed or overlooked.

It’s by no means a list of the most obscure albums, but they all fit the bill! I mean, if you haven’t listened to these albums, Christmas has come early!

So here goes, five albums you have to hear.

Cut Copy’s sophomore release was like a breath of fresh air; indie pop at it’s finest, juxtaposed with electro-disco synths and the ever present reminder that the 80’s never ended.

‘In Ghost Colours’ is the soundtrack of Summer.

Highlights include, ‘Hearts on Fire’, ‘Lights and Music’, ‘Far Away’, ‘Nobody Lost, Nobody Found’ and ‘So Haunted’… oh, and the rest of the album.

It’s 2009 and I still can’t get over this masterpiece of an album. Sitting atop numerous ‘Best of 2007’ lists, and deservedly so, ‘Sound of Silver’ is an addictive electro dance-punk record which leaves you itching for more.

Despite the sing-it-out-loud decoy track ‘North American Scum’, ‘Sound of Silver’ is strewn with emotion, driven by James Murphy’s realisation that he’s no longer the NYC hipster he once was.

From the devastating unexplained hidden tragedy of ‘Someone Great’ to the reflective mid-life assessment of ‘All My Friends’, Murphy wears his heart on his sleeve.

Highlights include, ‘All My Friends’, ‘Someone Great’, ‘New York, I Love You But You’re Bringing Me Down’ and ‘North American Scum’.

Klaxons won the 2007 Mercury Prize for their awe-inspiring, visionary debut album, ‘Myths of the Near Future’.

Sci-fi inspired lyrical themes, blaring alarms and choral vocals, ‘Myths’ literally takes you on a journey of adventure, grandeur and mystery; a journey to the ‘Near Future’.

Fittingly, in ‘Gravity’s Rainbow’, Jamie Reynolds and James Righton encourage listeners to ‘come with me, come with me, we’ll travel to infinity’.

Highlights include, ‘Atlantis to Interzone’, ‘Golden Skans’, ‘Gravity’s Rainbow’, ‘Two Receivers’, ‘It’s Not Over Yet’ and ‘Magick’.

Upon hearing the opening few bars of this album, I instantly fell in love with it.

From the opening piano-driven ‘We Used to Vacation’, a song about a man’s denial of his destructive alcohol addiction, Nathan Willet’s distinctive, soulful voice defines Cold War Kids debut album.

Highlights include, ‘We Used to Vacation’, ‘Hang Me Up to Dry’, ‘Tell Me in the Morning’, ‘Saint John’ and ‘Hospital Beds’. 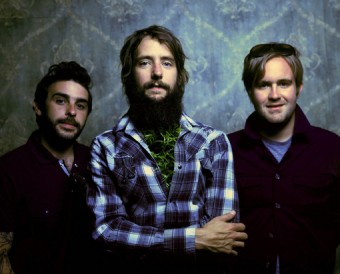 Despite being the bands sophomore release, ‘Cease to Begin’ was in fact the first Band of Horses album I had heard.

Themes of life in the country, stray dogs and an NBA basketballer create an intriguing patchwork, stitched together by distinctive reverb-laden southern sounds.

Highlights include, ‘Is There a Ghost’, ‘Ode to LRC’, ‘The General Specific’, ‘No One’s Gonna Love You Like I Do’ and ‘Detlef Schrempf’.

That’s it! Hopefully at least one album is new to you!

So, what’s your five?

One response to “5 Albums You Have To Hear”