Cold War Kids want you to ‘Behave Yourself’

Indie legends Cold War Kids have announced they will release a four song EP entitled ‘Behave Yourself’ on January 19th, with hints of a new full-length release to follow.

Cold War Kids were practically hailed as the saviors of indie rock, with their debut album ‘Robbers & Cowards’ gaining overwhelming reviews in the indie scene in 2006. They followed that up with their second album ‘Loyalty to Loyalty’ in 2008, and sadly it was somewhat forgettable. The sophomore slumps seemed to be affecting them. 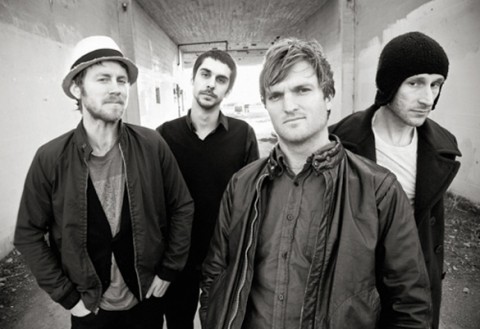 It was lacking the drive and passion that made ‘Robbers & Cowards’ stand out among the masses. But I’m glad to say, after several listens to their new single ‘Audience of One’, they are back to their best. It’s a familiar sound to their earlier music, although they are still building it, producing more of the signature soulful vocals and foot tapping beats. It’s obvious they still have a lot of passion, and a lot to prove.

Or, check out the teaser for ‘Behave Yourself’ on their official site.