I know, I know… enough about The Canon Logic! It seems I can’t go more than a week without subtly slipping another track of theirs into a scenewave playlist. But there is a justified reason for it. Quite simply, they produce amazing music which you should all listen to. 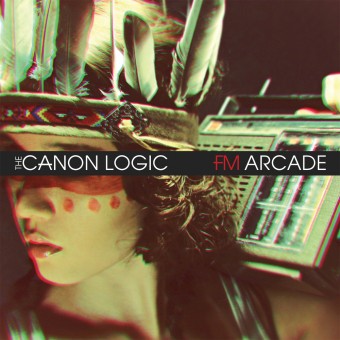 These guys are masters of social media and self-promotion, utilising myspace, facebook and twitter, in particular, to spread their music far and wide. In fact it is thanks to a cryptic question on twitter that their debut release, ‘FM Arcade’, found it’s way into my iTunes library.

Here’s their cryptic twitter question. Have a think about it, the answer will be revealed at the end.

@thecanonlogic “I’ve locked myself hostage in our practice space, if I’m not back in the next few days, S-M-T-M, see you Wednesday http://yfrog.com/0c4wxj“

After two weeks of incessant rotation on my iPod, I now feel prepared to deliver a verdict! So here goes…

@thecanonlogic “Clue #1. The letters are names of members in the band, and one member is missing from that list. Hint: Check our myspace…”

The Canon Logic have the distinctive ability to draw on musical styling from past decades to create something contemporary and original. Throughout ‘FM Arcade’, subtle Beach Boys like harmonies abound, whisking the listener away to a world of carefree days filled with sun and surf. Sounds akin to that of The Killers combine to produce a distinctively refreshing blend of harmony driven pop rock.

The album is littered with highlights. Notably the debut single, ‘Avenue of Criminals’ and EP favourite, ‘Delia’.

How did you go? Did you manage to solve the cryptic question?

You can download ‘Avenue of Criminals’ for free here.