Jack White’s new band ‘The Dead Weather’ have recently announced they will embark on their first Australian tour early next year. They will be playing gigs in Melbourne, Brisbane, Sydney and Perth between March 19 an 29.

The Dead Weather – Hang You Up From The Heavens

The recently formed supergroup consist of some of the greatest musicians in the genre. Comprised of Alison Mosshart (of The Kills and Discount), Jack White (of The White Stripes and The Raconteurs), Dean Fertita (of Queens of the Stone Age) and Jack Lawrence (of The Raconteurs and The Greenhornes). 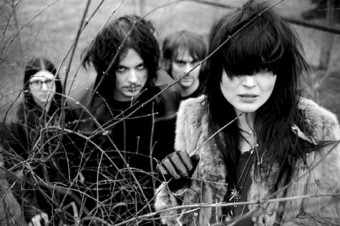 The bands debut LP, Horehound, was released earlier this year and features a blend of styles with each member’s distinct influence contributing to all songs.