Brisbane’s Hungry Kids of Hungary have just released their latest video for the hit single Let You Down.

The latest clip, filmed on the roof of the Chinatown car park in Fortitude Valley, was recently named jplay clip of the week.

Hungry Kids of Hungary – Let You Down

The boys are tied together and set free to float away into the clear blue sky, thanks to some large helium balloons attached by an attractive woman. Apparently, during filming, onlookers were a little confused as to why four blokes were on the roof of a car park, tied together, singing, with balloons attached to them… now it all makes sense! 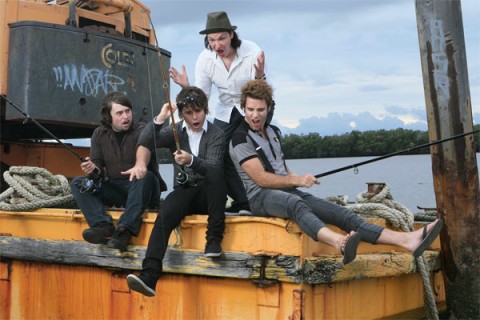 Check it out, balloons and all!