On the back of their hit smashing debut album, ‘Oracular Spectacular’, MGMT have announced their second album, ‘Congratulations’.

The band have stated that the new album is heavily influenced by the likes of Lady Gaga and Kanye West. Front-man VanWyngarden stated on Spin.com, “There’s one song called ‘Siberian Breaks’, and it’s about 12 minutes long. It’s kind of like eight different songs strung together into one, and the general theme is about surfing in the Arctic Circle by Russia.”

Let hope that this album doesn’t suffer the sophomore blues and that these guys continue to produce great songs. 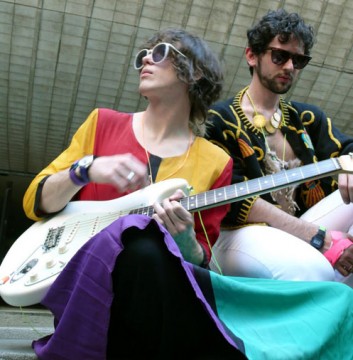