We featured this track a month ago on weekly playlist 16, based solely on the fact it was catchy, trademark Hot Chip. However at the time, Hot Chip hadn’t released the official clip. 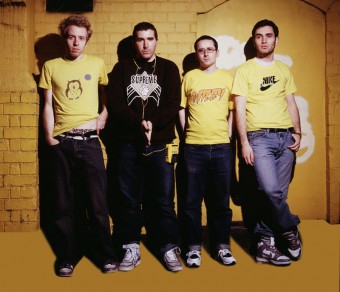 The video has since gone viral across the net. It features four boy-band JLS wannabes dancing and lip-syncing to the track. It all looks like harmless fun and games until a shave-headed freak floats toward the stage and blows them all to smithereens… via the lasers shooting from his eyes.

But wait there’s more! The boy-band reappears dressed in a similar kin to their destroyer, and once again begin dancing as one. Only for a floating head to emerge from the portal and blow them all away… again with the eye lasers. Very, very strange…

I Feel Better is from the band’s fourth studio album One Life Stand. The clip was directed by British comedian Peter Serafinowicz. I don’t think anyone gets the joke.

What do you think of it?