John Butler Trio have once again produced the goods, with their Fifth Studio album, ‘April Uprising’. Upon listening to the album once, the songs ‘Gonna Be a Long Time’, ‘C’Mon Now’ and ‘Don’t Wanna See Your Face’ immediately struck a chord with me, and of course the two singles, ‘One Way Road’ and ‘Close To You’. It has been sending shock waves over Triple J in the last week, having been their feature album, with listeners young and old warming to it. 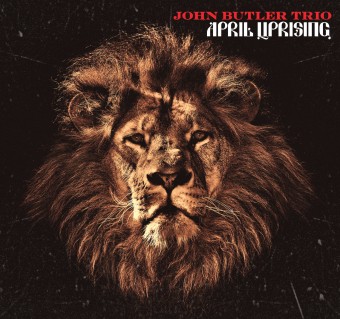 The album was released on the 26th of March 2010, with the band flying into Australia (after playing shows in Japan and Europe) to perform at Triple J’s ‘One Night Stand’ on the 27th in the Red Centre.

The first single off the album, ‘One Way Road’ was released late last year with it exploding across the national radio channels, featuring at the number one spot three times on the national airplay charts.

The album starts off nice and slow with, ‘A Star is Born’. John Butler’s voice is the essence of this opening track with its simple guitar picking to keep the rhythm of the song. Following this slow track brings the upbeat ‘Gonna Be a Long Time’, which brings back John Butler’s usual catchy, upbeat verse and bouncy guitar chords. It’ll definitely have you bobbing your head and tapping your feet involuntarily.

‘Ragged Mile’ comes in at number eleven with its distinctive drum beat and folky electric backing. The chorus, blasting to the lyrics of, ‘I know you are, I know who you are’ will have you singing along in no time. To conclude the album, the last song, ‘Revolution’ is full of crescendo’s and diminuendo’s, with the chorus wrapping up the album nicely and finishing with a typical JBT solo. 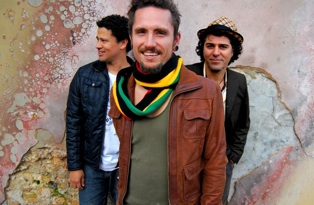 April Uprising was produced, and written with the inclusion of new members Nicky Bomba on drums/percussion and Byron Luiters on bass. John Butler stated, ‘Personally I feel we’ve created something very special that will stand the test of time – it’s my best work to date’.

Be sure to grab a copy of the album, as you won’t be disappointed.