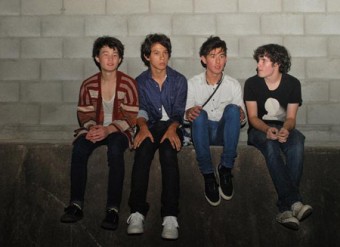 Almost as epic as Warp. It seems everything Steve Aoki touches turns to gold.

Bisbane based four-piece currently touring with Yves Klein Blue. Look out for these guys!

Check out some more of their tracks on myspace.