Much like Danger Mouse’s critically acclaimed break through mash-up of The Beatles White Album and Jay-Z’s Black Album to create the Grey Album, Wait What has attempted a similar feat by bringing together two unlikely, though strangely complimentary, sources. 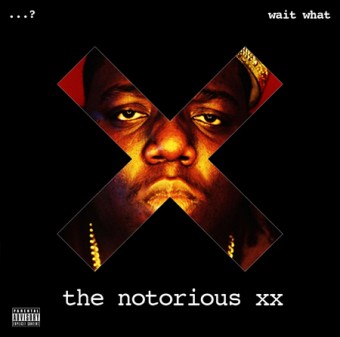 The xx and Notorious BIG have been smashed together to form the Notorious xx. While not on the same level as Danger Mouse’s serious deconstruction, Wait What has provided a new take on an xx album which has already be re-worked by countless others.

Here’s what Wait What had to say:

“the notorious xx began as an idea in my sister’s apartment, where I was trying to figure out what it would sound like hearing juicy over vcr, and since then expanded to include all 11 tracks of the xx’s debut album chopped, sliced, and mashed up with biggie’s vocals. I made it over the span of a few weeks in boston, williamstown, albany, chicago, aspen, denver, and san francisco, and then mastered over 10 days in zurich, zermatt, london, san francisco, dallas, baton rouge and new orleans.”

If anything, it gives me another excuse to keep listening to the xx for another six months.

Wait What – The Notorious xx

the notorious xx by wait what