His songs are gloriously uplifting. Dreamy vocal harmonies backed by the impromptu sounds of stamping, clapping, rattling and shaking. Jonathan Boulet’s colourful brand of folk-pop sounds like an effortlessly-awesome jam session that you were just lucky enough to walk in on. 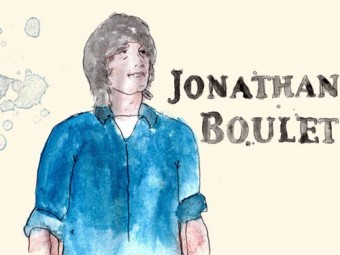 “I like writing ‘group music’, something that everyone can sing”

His self-titled album is a mix of alternative jams and poppy jems that fans agree ‘just make you happy’! Commenting on the overwhelmingly positive crowd response he has received he said, “I like writing ‘group music’, something that everyone can sing” (JJJ Like A Version, 24/02/10).

Indeed, no one is more aware of Boulet’s love for crowd-participation than the lucky few who attended the premier gig of his Oz tour back in February. The crowd was assigned a fun bit of homework to get the festivities going – bring along a home-made rice-shaker. Clearly anticipating problems with the Melbournites abilities to produce percussion instruments from scratch – Boulet even released his own special ‘how to guide’. How fun is that?! 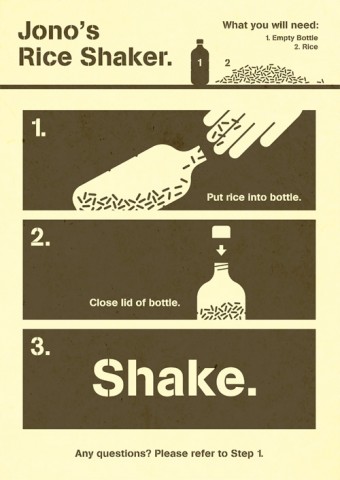 Indeed, this precocious youngen’ incorporates all manner of weird and wonderful home-grown instruments into his live performances. Appearing on JJJ’s Like a Version, Dave (Boulet’s live percussionist) was reported to be playing “what can only, and accurately, be described as a pool chlorine bucket that is empty… and upside down… with some metal taped to the bottom.”

Boulet has done a Paul Dempsey, (or a Trent Resner, if you prefer), writing and performing all instrumental and vocal pieces for his album el solo! He is truly a jack-of-all-trades… Or maybe just a show-off…

For the purposes of his live shows, he has put together a team of ‘friends from the skate park’. “It’s been nice to see the way the music has changed [with the band]. It’s a lot more energetic and louder. And more rockier.” (Interview with Modular People, 17/02/10)

As the newest recruit to the Modular team, Boulet is already making waves – supporting Mumford and Sons, touring with Tame Impala and playing the Groovin’ The Moo and upcoming Splendor in the Grass Festival.

Dive in to his myspace and float around with all the beautiful tunes. You won’t regret it!

Jonathan Boulet – North to South, East to You