Boy & Bear’s debut EP With Emperor Antarctica is released on the 7th of May, 2010. 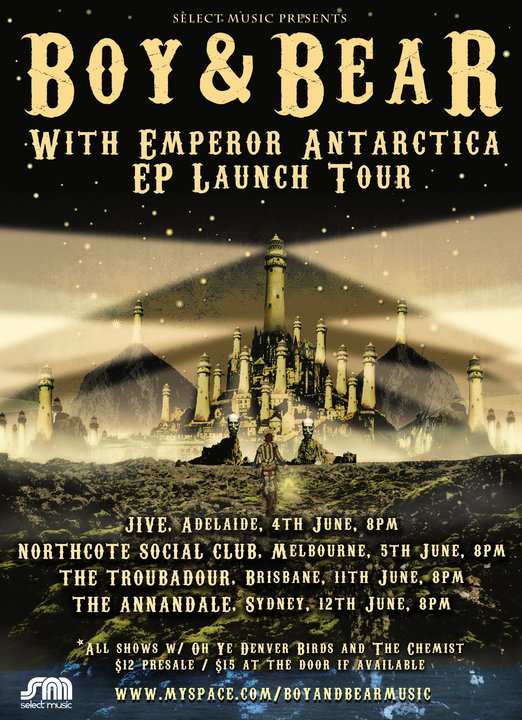 If you haven’t yet listened to Boy & Bear you are seriously missing out on something special.

This something special is not only different, but brings to mind crisp harmonies, elated melodies, and an outright feeling of great warmth. 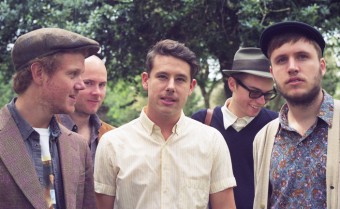 Having witnessed Boy & Bear on two occassions, firstly at an intimate gig at ‘The Troubadour’ than as a three piece at ‘The Zoo’, they naturally captivate the audience through their catchy songs and an innate maturity for such a young band. Gaining great attention throughout Australia winning JJJ’s spot to play Homebake in 2009, they haven’t turned back, touring throughout England in support of Laura Marling and back home with the likes of, ‘Hungry Kids of Hungary’, and ‘Angus and Julia Stone’ to name a few.

So, on the eve of their first headline tour in support of their debut EP, the band will not only be warming up for their first Splendour in the Grass at Woodfordia come late July, but also playing for those who are yet to witness a world class act at such an intimate venue, The Troubadour. If you’re keen to get along to see them in Brisbane be sure to keep the diary free on June 11.