Klaxons follow up album to the 2007 Mercury Prize winning debut album ‘Myths of the near future’, will be titled ‘Surfing the void’. 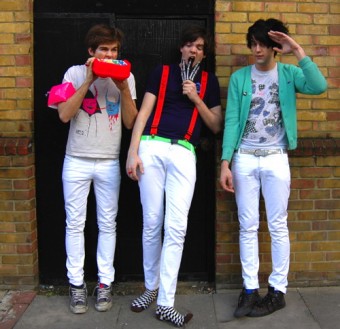 The first single, Echoes, will be released August 16, with the official album release following soon after on August 23.

It’s going to be interesting to see whether the heavier new sound revealed in Flashover will be carried through the entire album.