Tiger is the debut track from Maximum Balloon; A side project of Dave Sitek from TV on the Radio. 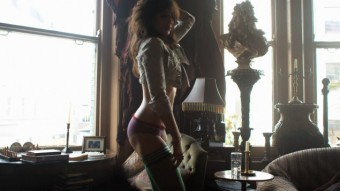 The as yet untitled debut album is due out in August and if this track is anything to go by It’s going to be awesome! Being a big fan of TVotR, Tiger retains some of the hallmarks of the band, albeit with a heavier beat and funkier sound.

Oh, by the way, the clip ain’t to bad either.

One response to “Must Listen: Maximum Balloon – Tiger (feat. Aku)”