If you aren’t aware the Falls Festival ballot has opened for 2010/2011. The first lineup is announced on August 11 with The Soft Pack already indicating they’ll be on the bill, and i’m throwing it out there that Arcade Fire will be down under over the new year! 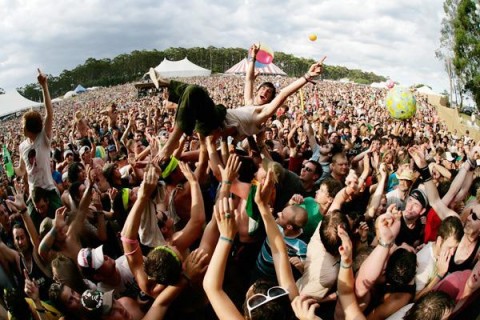 For those that don’t know, Falls Festival is a New Year’s Eve music festival, held annually over two days in Lorne, Victoria and Marion Bay, Tasmania. It’s been running for over 15 years and is renowned for it’s casual camping environment and nearby beaches.

2010 has been a year of many awesome debut album releases, and based on this I anticipate that the Falls lineup will produce the goods and bring some first-timers to Australia, as did Splendour in the Grass 2010.

Falls Festival for me has been one of the best festivals to attend in many regards. The lineup is always awesome, the crowds are more chilled out, and you don’t get ripped off on purchasing beers in the festival.

Be sure to suscribe to the ballot as soon as possible as popularity for the event has heightened from years gone by!