The set times and map are out for Parklife 2010.

The Brisbane leg of the festival will be spread over four stages: Sahara (Amphitheater), Kakadu, Atoll and The Cave. There are a few clashes which will have people tearing their hair out, including Cut Copy and Groove Armada, however all-in-all the organisers have catered for most fans. 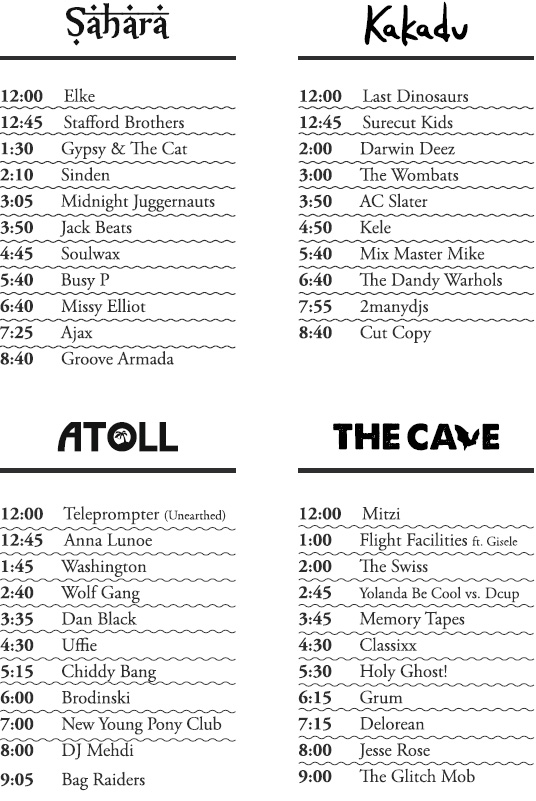 Head over to fuzzy and download the lineup and map pdf.