Cut Copy have announced the release date for their third album, ‘Zonoscope’ being the 8th of February 2011, slotting in perfectly with the Laneway Festivals throughout Australia.

The photomontage artwork that features on the album is amazing with a massive river rushing into a waterfall past the Empire State Building.

To get you into the mood for the up and coming festival season, i’ve put a little track up named ‘Nobody Lost, Nobody Found’, off their sophomore album, ‘In Ghost Colours‘. 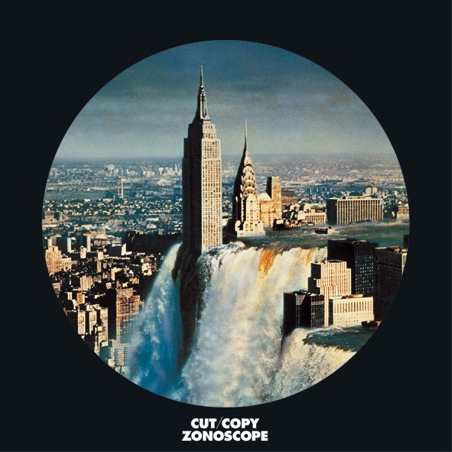