The Wombats “Jump Into The Fog” music video

The Wombats have just released the film clip for their latest single ‘Jump into the fog’. The boys carry the synths ‘from Vampires and Wolves’ into the new track, changing things up from the lead/bass/drums combo from their debut album. 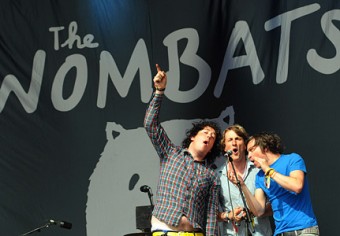