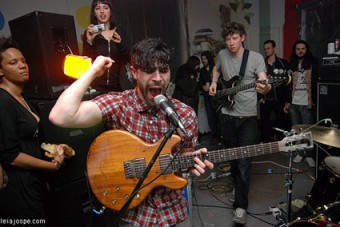 The playing times and maps for the Laneway Festivals have been released today and unfortunately contains many clashes with popular indie bands. I do feel for the promoters though, with such an awesome line-up it would have been impossible not to be a clash-fest. It is a testament to them for providing us with the best array of local and international bands this summer.