The king of samples, Hoodie Allen, has just released his latest masterpiece titled Dreams Up, sampling Oh Land’s White Nights. Hoodie cuts through the light, ethereal song with a big beat and catchy chorus that will get stuck in your head for hours. 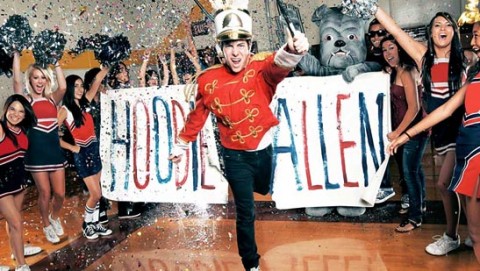 If you haven’t heard of Hoodie Allen before I recommend you check him out. He’s making waves over in the states with his mixtape titled ‘Pep Rally’ that he released for free download late last year. He used some of the best indie songs of 2010 and transformed them into sample-based hip hop (just like Chiddy Bang did with ‘Opposite Of Adults’). It’s a great way for him to appeal to both the indie lovers and the mainstream mongs. Some of the sampled tracks off his album include Tighten Up – The Black Keys, Crave You – Flight Facilities, Hospital Beds – Cold War Kids and Undercover Martyn – Two Door Cinema Club just to name a few.