New Album: Does It Offend You, Yeah?, ‘Don’t Say We Didn’t Warn You’

I know this is belated but I started to write this when the news was breaking. In any regard, this is very much news worthy.

Does It Offend You, Yeah? brought us an album back in 2008 named, ‘You Have No Idea What You’re Getting Yourself Into’ which for me was on high rotation as it was not only unique but came with a massive punch. Songs like, ‘”Battle Royale”, “With a Heavy Heart (I Regret to Inform You)”, “We Are Rockstars”, “Dawn of the Dead”, and “Epic Last Song” were amazing. Not only are they talented musically they are named after the office which for me had me sold before I heard their music! 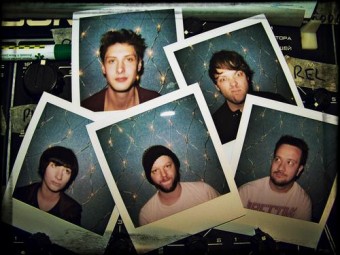 The album is set for release on March 14 of this year with the first single being, ‘The Monkey’s Are Coming’ which was released in January on Itunes.

To cast your memory back on their brilliantness have a listen to the track below.