Every so often you come across an album which you can place on the record player and listen from start to finish. Daniel Pearson stemming from UK, has brought to us one of those albums, an album for those lazy Sunday afternoons where you want to relax, and escape into your very own sanctuary.

Cementing this tone from the outset, the first two tracks off the record “Masquerade” and “Wishing Well” are opened with simplicity crafted with acoustic plucking, Pearsons’ compelling vocals and beautiful backing harmonies.

A personal favorite, “Tracks” winds us through a story of life, and how we create our own journey and path. A key lyric in this song states, “Bigger and better machines won’t help you live your dreams”, which I think is having a go at our current society and it’s consumerism. This is exemplified by the closing verse, “at the end of your life there will be nothing but tracks”.

Breaking it down during the “4th of July”, this track could easily feature as a apart of Australia’s annual Country Music Muster. The harmonica featuring distinctly, prominent backing vocals, and harmonies by Candy Hayes the track has acute elements of Pearson’s country music side which is certainly a breathe of fresh of air for the album.

Nextly “Black N’ Blue” increases in tempo and the lyrics draws an undertone of frustration in a relationship with the chorus belting, ‘we were black and blue when we didn’t know what to do”.

Overall what Daniel Pearson does from here is anybody’s guess, but his debut album Satellites is just the kind of statement that has started to create waves across the world, and deservedly. The album will be available June 2012 and You can grab a free track here!

I hope the album transcends you into that sanctuary like it did for me. 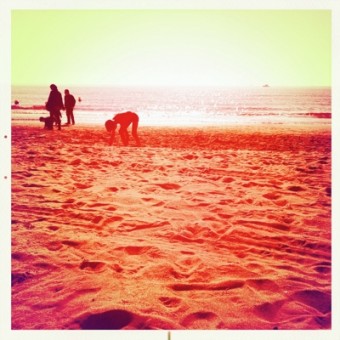