Enough of that, as he ain’t fooling anyone. His obscure artist name is by far eclipsed by his exceptional musical talents. Wow. I’m going to throw it out there. You can take or leave it, but my lord this album is absolutely men’al, some might say nek level…head mental? I’d admit I did think the first track I heard off the album on the j’s was just another flight facilities hit, but then shazam confirmed for me, the contrary.

So Orlando Higginbottom lays down a meticulously crafted album that is versatile, succinct and outrageously orgasmic. Simple method! If you’re into it, you will listen from start to finish and its a guarantee you will be chasing more. Easily played on the set of swim up cocktail bar overlooking the beach with the sunset on the horizon (Tapes and Money), to the biggest dance floor Europe has to offer (American Dream Part II, Household Goods), all the way to some chilled out lounge music that’d go nicely at alloneword (Garden, Stronger).

It’s not as if this album has been produced, perfected or mastered by fluke. Thanks to his pedigree, with a Professor Father that’s the head conducter of a musical choir at the University of Oxford, along with Orlando’s own credentials as a music teacher, he was overseen by the Archbishop of Canterbury. Bishop Muzorewa…Bashing the Bishop of Oxford (some of that may or may not be true)

More seriously he’on the bill for Falls Festival 2012/13, along side some of the best artists getting around, so I’m sure Marion Bay and Lorne are in for one hell of a show.

Overall Orlando Higginbottom or Totally Enormous Extinct Dinosaurs or TEED whatever you want to refer him as, can make music. Not only music, but music for all occasions. Trouble is definitely one of my go to albums of 2012, and I feel it’ll be a go to album for many years to come. 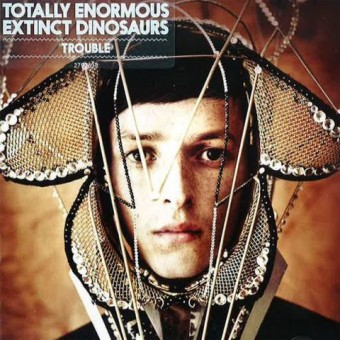