Before you read this review, it should be noted that this will probably stick as one of my favourite albums. I hope to convince more people to listen to it. (Note: if possible, listen to through a good set of ear phones, that’s how I fell in love).

It took seven years since their last studio album for Massive Attack to produce and release their fifth LP, entitled Heligoland (originally Hell Ego Land) – but they made it worth the wait. The British duo could have produced a big flop that was never going to fulfil high expectations, but instead they found perfect harmony with an album full of organic and unique sounds. Featuring artists such as Tunde Adebimpe (TV On The Radio), Damon Albarn (Blur and Gorillaz), Guy Garvey (Elbow) and Hope Sandoval (Mazzy Star), Heligoland is an album that you can listen to from start to finish, over and over again.

It opens with “Pray for Rain”, a dark and atmospheric number which, although starting off down-tempo and almost discordant, swells up to an incredibly angelic and melodious climax ripe with strings. This break-down is just as surprising and refreshing each listen and once you know it is coming, the lead-up is tantalising. Couple this with Tunde Adebimpe’s vocals (TV On The Radio) floating nonchalantly over the ominous piano chords and you get an interesting collaboration of artists and moods in the one song that makes it timeless.

Massive Attack then recruited Martina Topley-Bird (who featured on Tricky’s debut album Maxinquaye) to add her sweetly gorgeous vocals to the cold and driving “Babel” and softer minimal “Psyche”. Roots reggae master Horace Andy adds a scarily deep drone to the dark carnival of “Splitting the Atom” that just oozes cool and casual. Plus Albarn plays bass on the track. Andy then transitions seamlessly to “Girl I Love You” which has a trembling, bad-ass bass line that introduces a simple but head-shifting bass-drum orientated beat, Andy’s hoarser vocals (much higher this time) and then a classic Massive Attack trip-hop drum beat. Add some frightening horn blasts and you have a stand-out track from the album.

Perhaps the hardest song to relate to on the album is “Flat of the Blade” because of its seemingly lack of pleasant harmonies. However, Guy Garvey’s warm tones rise over the fluttering electronic wash before it gives way to a brief but swirling and majestic sun-rise of brass glory. But it disappears as quickly as it came to revert back to its weird beginning.

Further cementing themselves amongst the best collaborative projects of our generation, Massive Attack purposefully follow the quirky “Flat of the Blade” with easily the best song on the album, “Paradise Circus” (which, on a side, is the song that first really hooked me and made me listen to this masterful album). Mazzy Star’s Hope Sandoval delivers a shimmering and beautiful whisp of vocals that captivates you immediately. The abundance of reverb you usually expect with her is notably absent; instead you get in an intimate experience with her, you hear her right up against the speakers pressed right up to your ears. Her voice is delicate – but not fragile – as she seduces you: “Oh well the devil makes us sin but we like it when we’re spinning, in his grin”. It complements the initial striking piano line and hand-claps and lends itself to be perhaps Massive Attack’s most live band sounding song, in that it could easily be translated to a live setting. Save for the orgasmic crescendo of strings in the finale that creep in softly before taking over in a flood of beauty as they soar higher and higher, and you just simply don’t want it to stop. I would pay a lot of money for Massive Attack with live strings.

The last three tracks provide a very strong finish to the album. “Rush Minute” is remnant of “Inertia Creeps” (from Mezanine) with 3D’s smooth vocals delivering over initially a sparse guitar loop that develops into a more melancholic drive. We hear Albarn singing in the penultimate “Saturday Come Slow” and his urgent vulnerability beckons us painfully to the chorus: “Do you love me? Is there nothing there?”. Unfortunately, and I complain, it is the second shortest track on the album. Heligoland then finishes with “Atlas Air”, a solid closing track with a minimal drum beat that works with the soft vocals of Del Naja.

It is near impossible to create a perfect album if you’re not Jeff Buckley, and Heligolandcan be difficult to get into at first. I had in fact dismissed it for 6 months after turning it off 2 minutes into “Pray for Rain”, but connected immediately with it half a year later when I put on my headphones and listened to Sandoval’s mesmerising voice and the gushing strings in “Paradise Circus”. Since then, I wonder how I did without this album.  Massive Attack have proven their status as masters of collaboration and ambience, incorporating sounds of trip-hop and intricate brass and strings melodies that push through new boundaries but not so as to isolate their fervent followers. If you haven’t given it the proper time of day yet, put on your headphones and go for a walk. Preferably at night. 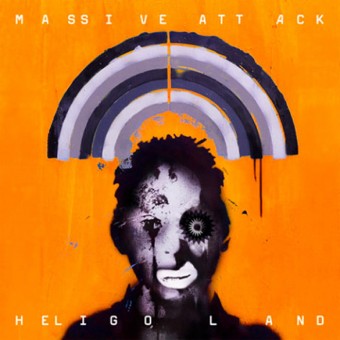