Monday nights are typically spent realigning the brain cells from the weekends debauchery, not the case on the Monday night just gone.

We ventured out across the London overground to an amazing venue in Camden, named Barfly which was hosting one of Brisbane, Australia’s best live acts, DZ Deathrays.

The strong pommy cohort were there in typical fashion with a pint thereof to witness what Shane Parsons and Simon Ridley, do best. Deliver their furiously energetic rumble of sound, leaving no stone upturned throughout the sets entirety, to a backdrop of neons and heavy strobes.

Greeting the crowd, with a stack of beers left at the front of the stage for the masses to glug, the duo don’t muck around and blast straight into the opening track of, “Dollar Chills”, much to the crowds pleasure.

Thanking the crowd for turning out on a school night, and both sipping “casually” on a bottles of lager and spirits, they give us, “Teenage Kickstarts”, “LA Lightning”, and “Teeth”.

The masses pumped and geared up for more, next they deliver the Jaiger infused early days hit of, “The Mess Up”, followed by crowd favourites of “Gebbie Street”, “No Sleep” and the Marc West anthem of, “Cops Capacity”.

Wrapping up the set, Shane interchanged the stage with the dance floor, taking his guitar and mike and belted out “Brains”, much to the masses excitement.

A worthwhile Monday night out, leaving myself with a regretful midweek headache.

We’ll see you in Brighton! 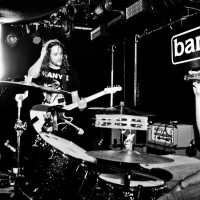 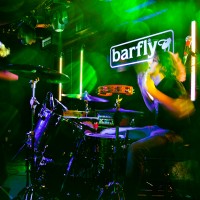 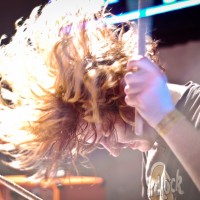 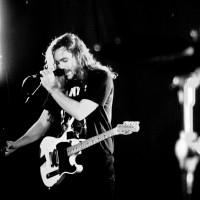 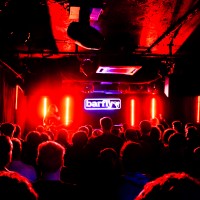