Father John Misty is returning to Australia this February 2013! The ex-Fleet Foxes drummer is coming back to Australia after his huge Splendour show in July and it promises to be just as spectacular.

His groovy dancing, witty pre-show banter, and quirky on-stage persona will once again wow the Australian audiences this Summer, performing songs from his debut record Fear Fun. Check out our review of Fear Fun here.

The deets of Father John Misty’s shows are as follows:

Tickets go on sale Wednesday, November 14. An exclusive pre-sale will be available to all those who have signed up to the Secret Sounds mailing list by Monday, November 12 at midday. 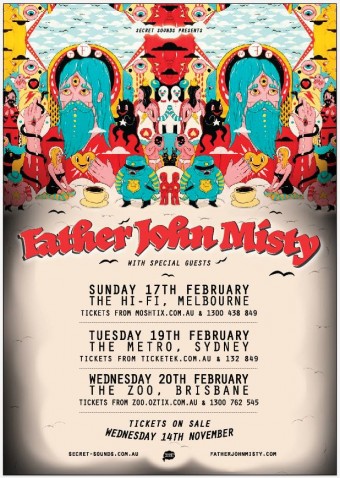