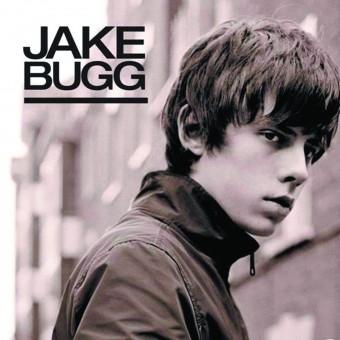 Just three months ago you would be excused for not having heard of Jake Bugg, but now it seems to be the name on everyone’s lips. His self-titled debut album took England by storm and claimed number one on the English Charts, which are famed for their affinity for Pop and Electro music. Somehow, with his intricate combination of Dylan-esque vocals and Alex Turner attitude, this eighteen year old from the housing estates of Clifton achieved the impossible.

Jake Bugg’s detractors unfairly label him as a Bob Dylan knock-off, though in full credit to Dylan, Jake Bugg offers so much more to the young generation. Sure, his nasally vocals and guitar work are reminiscent of Dylan, but lyrically he draws from British working class heroes of the past twenty years, namely Oasis and Arctic Monkeys.

Lead single “Two Fingers” is truly an anthem detailing the rebellion of youth and Bugg’s own realisation that it was time to become his own man and leave his troubled past behind. These themes are appropriate for young listeners all over the world, as is the entire collection. A standout track on the album is the impossibly catchy “Seen It All”, which effortlessly combines the jangly skiffle guitar and his story of a night on the town., where he “takes a pill or maybe two” and proceeds to crash a party at a gangster’s house where “everyone has a knife.” Bugg utilizes this interesting dichotomy of retro-folk and contemporary rock themes throughout the album very well, with other tracks such “Ballad of Mr. Jones” exploring more macabre topics of murder and revenge.

If the first half of the album portrays Bugg as a simple observer of youth and growing up, the back end of the record shows his romantic and charming soul.  The ballads “Broken,” “Simple As This” and “Someone Told Me” are among the most beautifully arranged tracks on the album are showcase his burgeoning maturity, a clear indication of what to expect in future records. These songs give the listener an insight into Bugg’s mind, and show just why he is so appealing; he astutely tells his stories of love and loss in his unique wistful voice.

In just over forty minutes, with nothing more than a guitar and his voice, Jake Bugg has released an album of incredible depth and emotion, so much so that it is hard to believe he is only eighteen. After listening to the album it is comes as no surprise the Bugg has won the approval of Noel Gallagher and The Stone Roses, having toured with them earlier this year. Keep an ear out for Jake Bugg’s future records when he truly comes into his own, as at the very least his debut album showcases his potential.