There’s one thing you figure out right from the start of Woodkid’s The Golden Age – Yoann Lemoine, the multi-talented Frenchman behind Woodkid, is not afraid to use a whole f**king orchestra: voice, piano, strings, horns, organ, harpsichord, huge drums, choir. He incorporates each instrument so seamlessly and always uses real instruments, not computer-generated string sections (unlike the artificial cello in Counting Crows'”Colorblind”). Knowing all this makes listening to the album for the first time very exciting since so much can – and does – happen. Yes, his voice is never going to make Rolling Stone’s ‘100 Greatest Singers’ list, but don’t let that put you off. Lemoine has some serious talent.

“The Golden Age”, the first and title track, starts off with just a piano and Lemoine’s soft lower vocals: it’s nice, but it doesn’t stand out. That’s until he sings the second refrain “But the golden age is over”. Suddenly, sharp horn trills fire over the accompaniment like gunshots and Japanese-style drums invade the track. The song is totally transformed and expectations of the album grow considerably.

The second track and his second single “Run Boy Run” is what left me longing for this album’s release. It is, quite simply, very epic. And so too is his first single, “Iron”. Want proof? Woodkid garnered some attention when his music was used very aptly as the backing track for the trailer of video game Assassin’s Creed III. It’s interesting that Lemoine tends to reject comparisons of his music to movie soundtrack, because so many of his songs have the orchestration you see in epic war movies that help pull your emotions all over the shop. And, before Woodkid, he won various awards as a music video director, including directing for Lana Del Ray, Moby and Katy Perry. Then he made very cool videos for Woodkid’s “Iron” and “Run Boy Run” …  in extremely high definition. Watch a ferocious dog drooling in super slow motion in “Iron”. 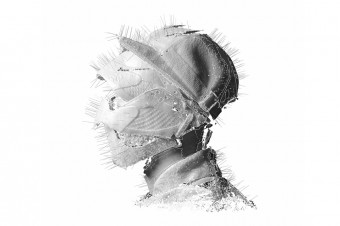 I’m a sucker for strings in ‘pop’ music (when will Rob Dougan release a second album?!) and Lemoine shows in  “The Great Escape”, “The Shore”, hell pretty much the whole album, that he is a master of string incorporation. The string climax in “I Love You” is so heart-wrenching that I listen to the song almost solely for it, and deservedly so. It also helps that an organ is the basis for the track.

Track nine “Stabat Mater” starts off with some menacing bass drums that you would imagine an army of Uruk-Hai marching to. And then enters a haunting choir and blasting horns, evoking that image pretty dam well. In fact, some parts of the song sound somewhat like a modern-day Mozart requiem. But it all has a Woodkid feel about it and Lemoine’s vocals keeping it together.

Next track, “Conquest Of Spaces”: think discovering a new planet that is exciting and overwhelming and slightly scary. It sounds odd saying this about a pop song in particular, but Woodkid creates a lot of different sounds with his use of instruments that you just don’t hear in pop music. Perhaps that’s why people compare him to soundtrack music a lot: it’s not that his songs should accompany a video, but that a video could accompany his songs.

Whilst he uses an array of instruments, his piano and voice are pretty much a common denominator in the album. He uses this age-old combination beautifully near the end of the album in “Where I Live”, one of his more simple tracks (relative to the album, that is). He tells the story of a woman who was too scared to reach out: “I try to forget I never followed that man that I adored, who promised me pretty scenes and gold, and I’m waiting for the sign. But where I’m born is where I’ll die”. The yearning in his voice is starkly apparent and makes the song resonate with its poignancy.

In the final track, “The Other Side”, he ends the album with a strong sense of finality – but not joyfully. Funeral-like church bells sound over a mournful piano and a marching snare drum drives it towards the inevitable. Lemoine then laments: “I was shaped for the fury, now I pay the price for the human race’s vice; I was promised the glorious ending of a knight, but the crown is out of sight”. As Lemoine sings, innocent violins hint at a feel-good ending, but a chorus of ominous male voices and horns dictate otherwise. It is a noble but ultimately sad ending for our hero.

Now, this all sounds rather bleak, but how many albums do you know that make you feel all this? And that’s Woodkid’s talent. If you like soundtracks you will definitely like Woodkid, and even if you don’t – put on some good headphones and try to not get moved in some way.