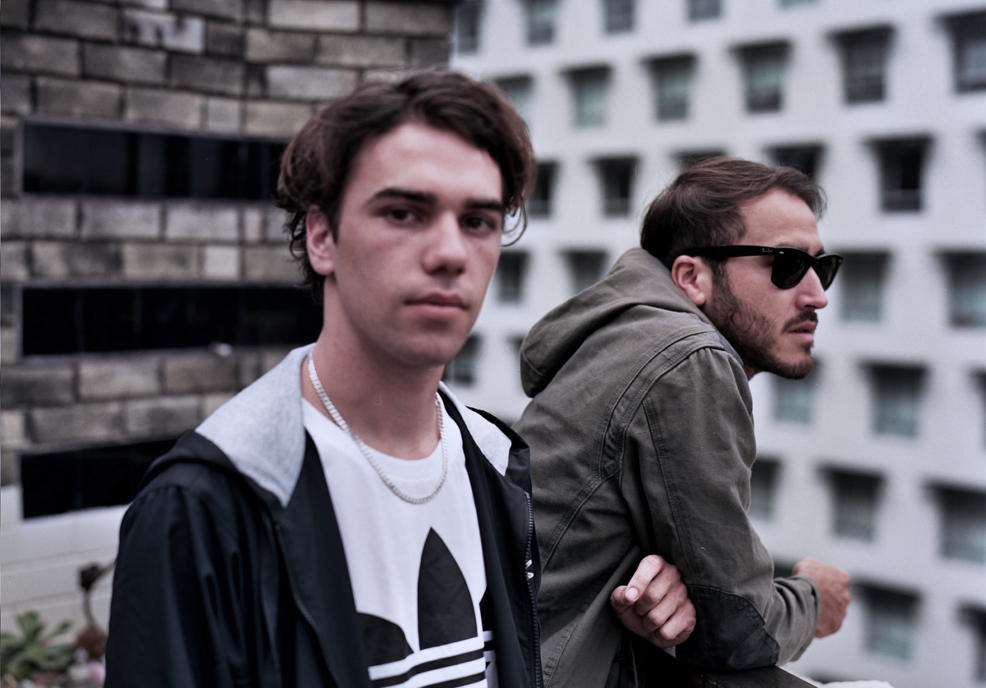 Sydney electro duo, sometimes trio, Jagwar Ma is made up of Jono Ma and Gab Winterfield, and they’re one of the many Aussie acts recently generating mass amounts of buzz overseas. You would’ve heard their latest single “The Throw”, which has locked itself down as the #1 most played track on triple j recently. After massive buzz from NME and Pitchfork, they’ve established an amazing platform for the release of their debut LP, which will come out sometime in May.

We were fortunate enough to catch their set at Big Day Out on the Gold Coast a couple of months back, and alongside Foals’ performance, they were the best of the day. Coincidentally, Foals handpicked them to support them during their most recent European tour.

We were able to chat to lead singer Gab about this most recent tour with Foals, their live show, NME hype and more.

SCENEWAVE: How’s the current tour been going? You guys are in Paris at the moment?

GAB WINTERFIELD: Yep, we’re in Paris at the moment, just chilling out before we play the Olympia with Foals. Foals have been really good guys to tour with, action packed full of good times. I haven’t really seen snow that much before, so that’s been really fun. Lots of snow in Berlin.

SW: We saw your awesome set at BDO, how far are we away from hearing those tracks on a record?

GW: Well the songs from the live show are actually what are going to be on the record. We’ve been writing them and shaping them depending on how they come out live. Our live shows have been affecting the songs and we’re planning to release the record in May.

SW: Do you fiddle around with the tracks much on stage? Do you change much from gig to gig?

GW: Improvisation is a bit more of a band thing I think. And a bit of an illusion, also. A lot of the improvisation is quite rehearsed. Jono will play a few things differently, but most of it’s pre-planned.

SW: You’ve been hyped by NME as one of the hottest acts in the world right now, how does that feel? Exciting? Nerve-wracking?

GW: Well, you know what, the fact that they’re hyping us is amazing, and it makes us very proud. But the hype thing, I don’t know so much about that. If they talk about things that you’ve done, well that’s rad, but if they talk about things you haven’t even done, well they’re just making that shit up because they don’t even know. But they’ve been really good. It’s cool because they seem to really get us.

SW: We’ll be catching you guys at your gig with the xx, how much are you looking forward to that?

GW: I’ve always been a fan of the xx. I love what Jamie does, like what he recently did with Gil Scott Heron, that’s been in one of my recent playlists. I mean, it’s always really cool to play with bands that you could sort of live with and stuff and I’m sure they’re lovely people.

SW: You say you had him on your playlist, to what extent do you listen to new music? Do you find that being an artist, you don’t listen to new stuff as much as when you were a fan or is it the opposite?

GW: Na man, definitely the opposite. There’s a crazy listening culture in the band. Jono has a bit of DJ background, so we’re always listening to new stuff; whether it be weird German techno, or whatever. I’m always a sucker for a lot of stuff from the 50s.

SW: You recently cruised down the Autobahn. What’s your road trip soundtrack made up of?

GW: Anything man. I find that if you’re on the highway, techno is really good, going really fast, etc. I think classical jazz is really good for when you’re in the city during peak hour and then when we’re walking we always listen to poppy, fun stuff. On the Autobahn, we chucked on “Fun Fun Fun” by The Beach Boys and Kraftwerk’s tune “Autobahn”. It just made so much sense. We had such a good time and filmed ourselves and took a video. Go on our tumblr to see it.

SW: Do you get homesick? Looking forward to coming back to Australia?

GW: I love travelling, but am also sick of living out of a suitcase. Also pretty cool as well.

SW: Have there been any collaborations with Foals on your current tour?

GW: Yeah we have quite a lot actually. On the last song, “Two Steps, Twice”, we all jump on, have a dance, grab a maraca and just have a big party. And then last night, we did a DJ set together with them. So Edwin was playing all these sweet house tracks, and I love to get my house groove on so that was so much fun.

SW: I love how bands have such eclectic taste in music, which differs from the music they produce. Particularly in Foals’ case…

GW: Yeah well, you always curate things I suppose; people are always into completely different genres to what they play. Like Tyler The Creator just came out on twitter saying how much he loves Tame Impala. It’s cool. 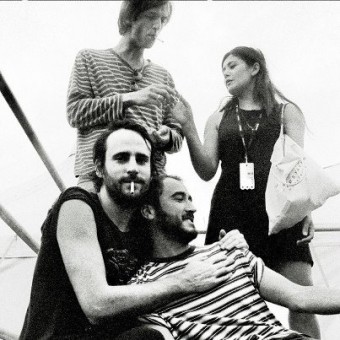 Jagwar Ma are opening for the xx tonight in Brisbane, promises to be an amazing show. If you can’t make it to that, check out their other dates below!