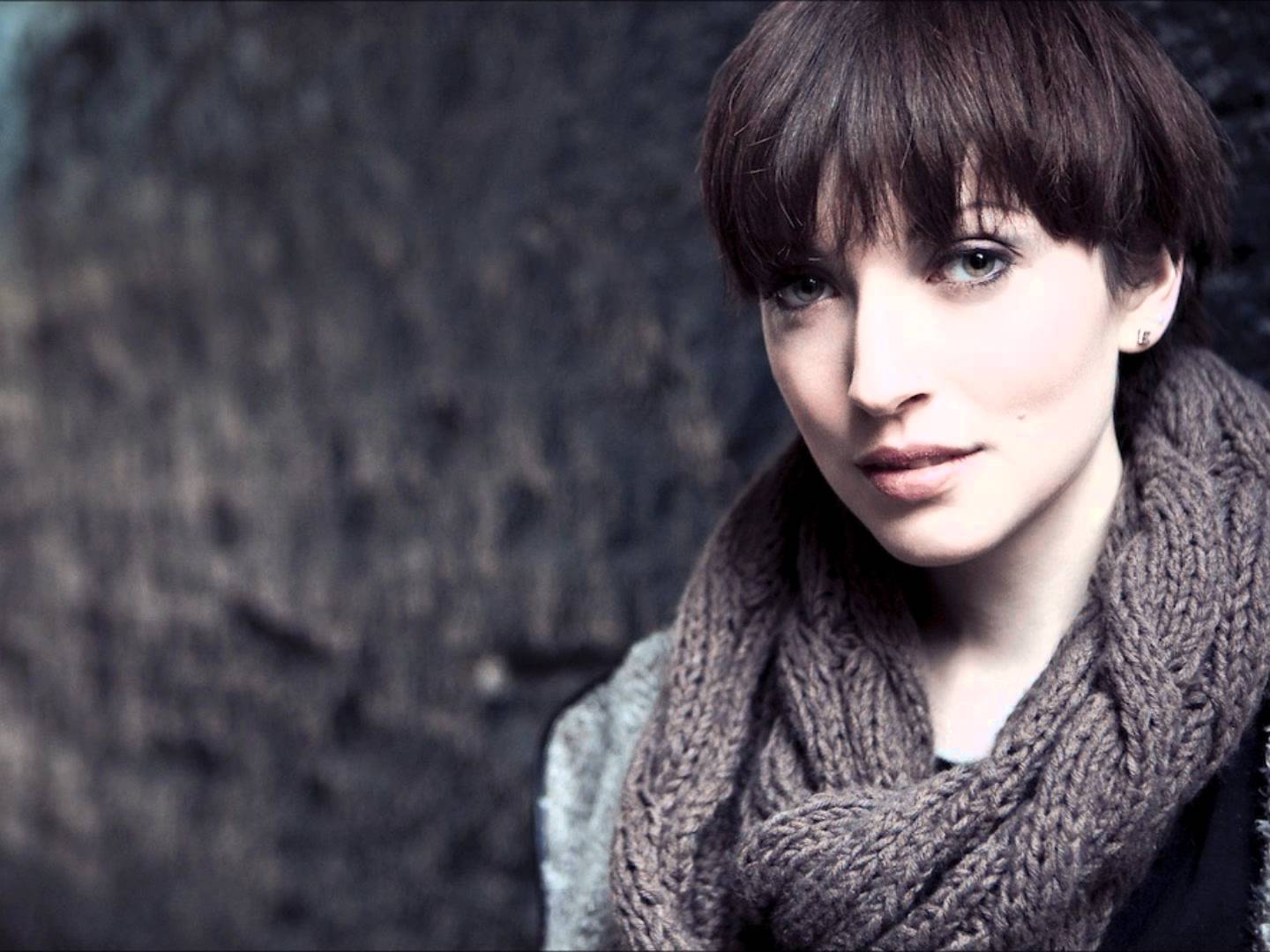 Judging by Elena’s soulful and depressed lyrics, you’d expect her to be a sad, fragile English girl. However, upon chatting to her, I found her to be delightful! Slightly nervous, chatty and full of laughs – expect the unexpected not only from Elena, but from Daughter.

Daughter are a three piece band formed by Elena, her boyfriend/guitarist Igor and drummer Remi. Their debut album If You Leave was released earlier after the huge success of EP The Wild Youth. Their songs are heartfelt, serene and dramatic, and here’s what Elena had to say:

You released If You Leave earlier this year, and we here at Scenewave absolutely loved it. How do you feel about having it out and are you proud of the result?

Yeh, really proud. There’s always things you have to learn, I don’t know if I’d repeat the process though haha. We had a lot of tour gigs in 2012, which was incredible, but it meant we had to juggle touring and coming back to the studio. It was a bit all over the place; jigsaw-like in the end. We’re really proud of it, it’s our first album, it wouldn’t be out if we weren’t.

The lyrics seem deeply personal, is it hard to sing in front of hundreds or thousands of people?
They are personal lyrics, and yeah, there are times when a song sparks certain memories of things and I think “don’t cry- on stage” haha.

Do you have a favourite track on the album?
“Winter” is one that I think is written quite differently to the rest of them. It started off with this guitar loop that people would know, this ambient thing and developed massive overtones and icy sounding guitar. That was quite a song to make and I really loved it. I think each song has a memory of how you wrote and recorded it.

You obviously draw inspiration from personal emotions and situations, but do you ever get inspired by unlikely sources?
I don’t know if you’d say unlikely but it’s definitely a lot about people, human interactions. I went to a villagy kind of place, a hamlet, it was very countryside England. We went there to get away, to write, basically, and get away from London. I think that in itself, the middle of nowhere, in the middle of really beautiful countryside was really inspiring. I’m really inspired by nature as well.

And you’re coming to Australia for Splendour in the Grass in July, have you been here before? Has anyone warned you about the dropbears, snakes and spiders?
Haha, no one’s given me any advice, except that there’re lots of big bugs to watch out for.  I’m really excited to come to Australia.

What’s on the horizon for Daughter, another album?
In terms of writing, it always just depends on where the album gets. We don’t want to rush things and churn out something that’s not satisfactory to us. I mean, I’m writing at the moment, although I’m not even sure how good it is!

On that note, if you weren’t a musician, what you like to do, career wise?
I don’t really know… I wasn’t a very musical kid, my brother was the one who had the guitar and the piano. He was really musical, and I was more like the writer. I like to write lyrics, but at that age I didn’t do anything with it. So becoming a musician was really unplanned, it’s hard to think I’d do anything else now. I think something creative. When I was younger I did play with the idea of being some kind of lady detective haha.

You did a spectacular cover of Daft Punk’s “Get Lucky” soon after its release, are you a huge fan? What did you think of the new album?
Yeh they’re great. It kind of came up by chance… we were thinking of a well known song to cover, like Timberlake or Rhianna or something. Remi came in with this song, and none of us had ever thought of covering it, just though that it was a really awesome song. And then one of us just thought, should we just jam with it, and we did and ended up recording it. It’s a bit crazy, a lot of people have watched that YouTube video, which is really strange, we only put it up thinking we’d get a couple of views.

How’s the London scene, do you get out and party much?
I don’t really go out much at the moment, geared more towards touring and stuff. But I had an great evening this week, because we’d just come back from doing a couple of festivals in the states, so we had nice night in with friends. I met some very funny people. We went to this bingo night that was hosted by basically a transvestite that made the most incredible shoes haha. I was so jealous!

Did you buy some from him?
Haha no, I was like “can you put your shoes online?”. I’m absolutely shit at bingo so it didn’t work very well, and I never won. But then this round came up, and it turned into a dirty bingo night where you had to do sex positions in the shape of the numbers that got called out, haha it was a very fun night.

Have you met any famous musicians being part of the London music scene?
Not really, I mean, the kind of people that are gradually becoming really really big, like Ben Howard is doing really well so its been really nice to see that. I don’t really meet a lot of people. You kind of bump into people, but in terms of everybody’s life, it’s kind of peaceful.

Do you have any favourite artists of 2013, or predictions of who’s going to get big this year?
In the mentality of bands that are quite underground, we took a band called Wilsen on tour with us and they’re from New York and incredible. They’re our friends from London, they’ve been so fantastic.

There’s been a lot of young female artists really coming into their own this year, yourself included, and others like Ms Mr, Mo, CHVRCHES, Haim and Haerts. Do you think that 2013 is going to be a great year for female artists?
Haha I hope so, that would be cool! I think there’s always a nice mix within the music scene and it’s  cool that there’s a lot of female talent out there. I’m definitely keen to see them live, I know they’re playing at a couple of festivals.

Daughter are coming to Aus for Splendor in the Grass, with sideshows in Sydney and Melbourne. Get tickets here: http://secret-sounds.com.au/current-tours-reader/items/daughter.html