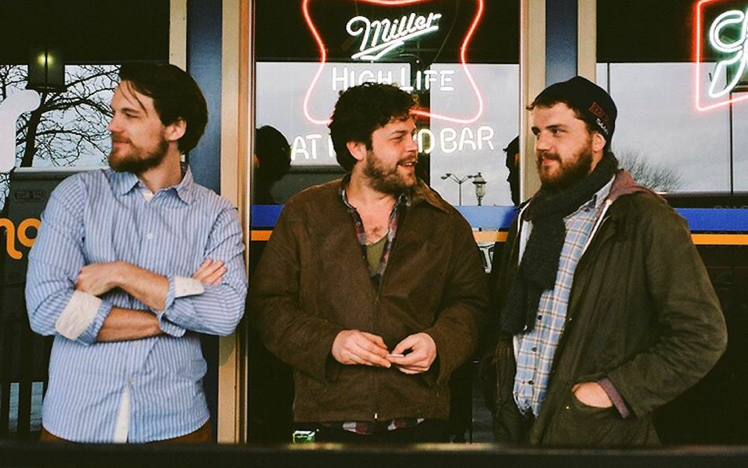 Here’s an artist for the end of the week.

Stemming from London UK, this three piece bearded outfit named Bear’s Den are gaining massive momentum with their chilled out folky tunes. At this stage they’ve only dropped an EP named Agape (Greek for Love), but have already had support slots with Of Men And Monsters, Smoke Fairies, and Matt Corby, and concluded 2012 with a support slot for Mumford & Sons.

Witnessing their talents as apart of the last weekend’s Bushstock Festival in London, all I can say is they played to a packed out Bush Hall (the crowd, a majority of the X chromosome) with the masses absolutely loving their love riddled tunes.

One of the lads out of Bear’s Den, Kevin Jones co-founded the epic label Communion with Mumford and Sons man Ben Lovett, which I think has had a driving influence on the outcome of this EP.

Grab it, see what you think. I feel it’s perfect for the winter time, by a campfire with your partner. Awwww.