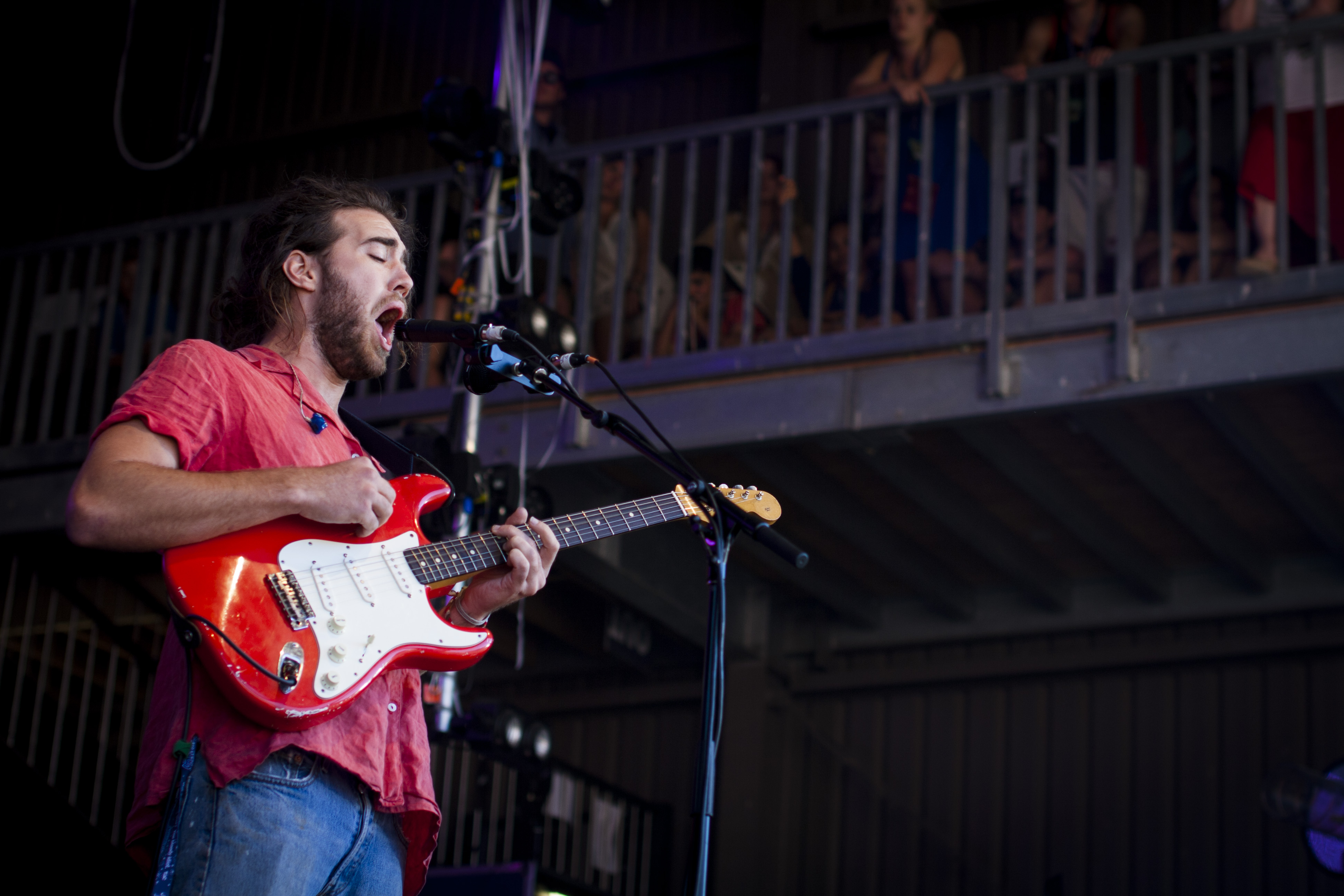 Last night my esteemed friend and I, both donning a cute scarf and edgy jacket combo, went and saw Matt Corby’s sold-out performance at the Tivoli in Brisbane. Unsurprisingly, the ratio of girls to guys was probably 6:1, and most of the guys were boyfriends. But more on the fans later.

I had briefly researched the opening act, Grace Woodroofe, before the show and thought she was a cute acoustic guitar singer song-writer. But she rocked out! She ended with a great cover of The Stooges’ “I Wanna Be Your Dog” that her YouTube recordings don’t do justice.

Matt played quite a few songs I hadn’t heard that will presumably be on the new album, out later this year. The highlight of the night, without a doubt, was “Souls A’Fire”. It was a bit faster than on the EP, and very electric guitar, rock-and-roll driven. I feel pretentious comparing him to Jeff Buckley, but the fact that you could tell Matt was really enjoying it made it look like he too was finding his feet when he was rocking out with a full band behind him. (This reminds me of a Buckley quote, when someone from the audience heckled him to ‘stop playing the heavy stuff!’, and he made the perfect reply: ‘Music should be like making love – sometimes you want it soft and tender, other times you want it hard and aggressive’.)

That’s not to say it was all loud. In fact, despite his quiet persona, the room went almost dead silent when the band left Matt with his acoustic guitar to play a soft and very moving “Untitled”. His music and voice meant he could get away being softly-spoken, but he could have been as loud or weird or eccentric and we would have all lapped it up eagerly. It would benefit the overall show if he appreciated that everyone was there to see him, that he doesn’t need to convince anyone of his music, and just let loose behind the mic.

Let’s talk about the fans for a second. Whilst everyone was dead silent listening intently to “Untitled”, some girl [poorly] screamed out one of Matt’s famous show-stopping yells seconds before he was meant to sing it (maybe to prove to everyone else she was such a fan because she knew a song that wasn’t “Brother”…). She was told to shut up straight after by someone else, thank God, but I was still thinking about that dickhead instead of fully appreciating Matt. There were a few of those kinds of instances, and lots of ‘I love you Matt!!’ (reply: a soft and humble ‘thank you’).

Matt is not an Australian Idol anymore, and I mean this in a very good way. I cannot stress enough that he has gone down a different path since the TV show. Some people I know dismiss him because they think he is something that he is not. He has an amazing voice and lots of talent as a musician and song-writer. He can do the soft and the loud, although I hope he does more loud in the future. Actually, I hope he plays what and how he wants, because when he is enjoying himself it is evident to and so infectious on the audience.

Other major highlight of the night: “Made of Stone”, with the contrast of the yearning piano intro and the huge breakdown near the end. And of course, that voice. The voice can do what very few voices can do. It really stuns you to hear him live.