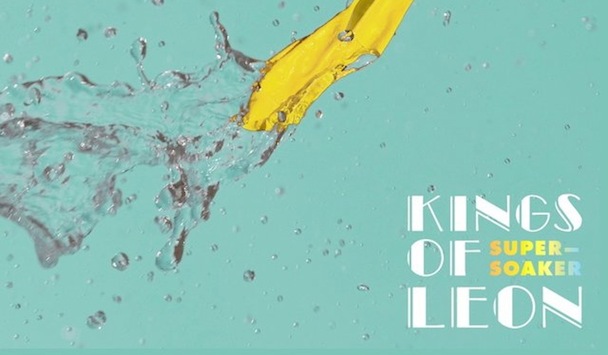 Ok. We don’t need to go through the whole Kings Of Leon rise to success bollocks, as its been written in depth across copious revised volumes. Done.

They dropped this track last week and it’s already getting applause from far and wide, even grass root fans. Well potentially not, as they’re always going to cop slack from their haters about their commercialised success as a band.

From the outset ‘Supersoaker’ breaks into a melodic drumming progression very synonymous to that of ‘Four Kicks’, or ‘Taper Jean Girl’ off the ageless Aha Shake Heartbreak. The reintroduction of this element of their sound for me is very exciting due to not only my love for that album in its entirety, but also passion for a track driven by a distinct drumming progression.

Caleb’s vocals, ever so unique, add huskiness, dirtiness and depth to the track, with a catchy chorus that is at the forefront of their writing style. The lyrics are intriguing, with my guess being that it’s drawing influence from the the abundance of cynicism they faced on their rise to fame and how they are now chasing their grassroots sound.

Having witnessed the track live at Open’er Festival in Poland at the start of the month, all we can say is its everything you can imagine and then some, with the live rendition absolutely flawless.

Let’s see what they release come September. We have a feeling it’ll be a hit for the masses in toto, and will make it ever so hard for them to hand pick for their live sets.