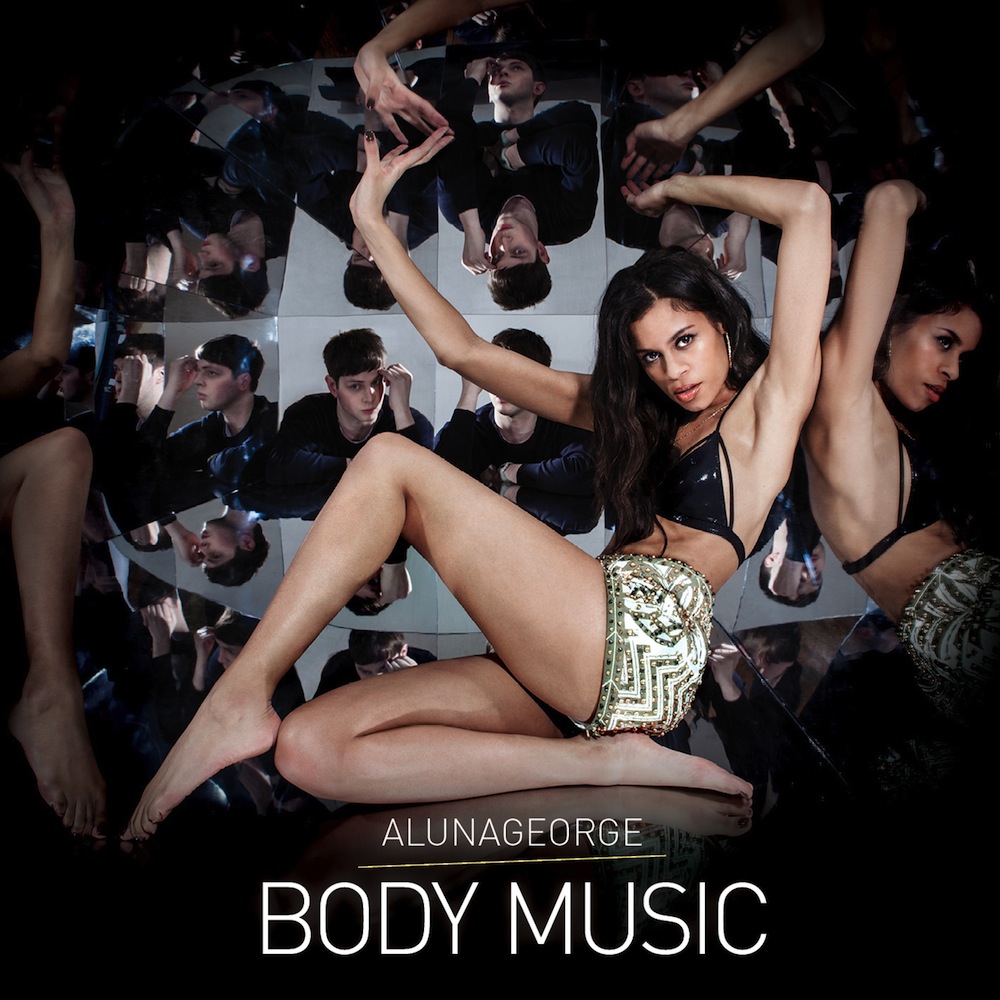 AlunaGeorge’s debut full-length album Body Music is a really interesting mixture of so many styles of music that I really don’t know exactly what to call them. The London-based duo of Aluna Francis and George Reid have a perceptibly modern, oh-so-cool sound. They’re minimal pop-RnB, but they’re also electronic, garage, avant-garde, with a bit of soul, a little house, a dash of drum n bass, even a hint or two of that only-in-London Dancehall. It’s a perfectly organised mish-mash and I really like it.

At just over an hour long, the album is impressively strong. Sure, there are a few filler tracks (there’s 19 tracks – what do you expect?) but the integration of so many beats and styles is amazing, the melodies are solid, the production is top grade and the lyrics don’t get to that annoyingly generic eye-rolling level, ever-present in pop.

AlunaGeorge have definitely figured out their sound. It’s a tantalising, crystal-clear mix of a bunch of modern styles, shifted up a few notches and within a comfortable tempo range. A lot can happen within that range, though. It’s nothing groundbreaking – but that’s okay. They work it so well and I love that no two songs are the same. It’s the kind of album that, if you were to quickly click through each track, you’d easily find the one you were looking for. It doesn’t matter that they haven’t brought us into wholly new territory – the sounds and styles have been combined so seamlessly that it’s refreshing in itself. This doesn’t sound like a debut album. It’s much stronger than that.

‘You Know You Like It’, which came out as a three-track EP last April is irresistibly catchy. ‘Your Drums, Your Love’ is darker and bass-heavy, while the vocals are lower and deeper in the verses. ‘Lost and Found’ takes us into a uniquely London realm of glitchy DnB-synth-pop. ‘Best Be Believing’ is a soul highlight, with a really nice synth backing track, funky afrobeats and a gospel outro. Little raps are heard throughout too, another lovely addition to what could’ve been a more pop-heavy album. The title track ‘Body Music’ is a bit darker than most tracks, and Francis’ vocals are really beautiful on this one. The harmonies are sublime. There are bluesy moments too – ‘Friends To Lovers’ is slower, emotional and heartfelt. I love ‘We Are Chosen’. The first couple seconds sounded very Flume-y, but it’s so minimal and slightly glitchy, with perfectly equalised space-sound bleeps and bloops and bass.

The vocals may not cover five octaves and the lyrics may not end up tattooed on my shoulders. There are a few filler tracks which can be skipped over. None of the tracks are the greatest songs I’ve ever heard. Taking this all into account, I still think it’s a wonderful album. It’s so perfectly created and produced, the beats are always smooth, always catchy.

Body Music is really chilled out, unobtrusive, malleable and very well-created. It’s a beautifully crafted melting pot of beats and beeps and bass, of synth and sultry pop, smooth and sassy RnB.

I can easily see this receiving a great deal of attention on the radio and in the clubs. I know I was certainly chair dancing my way through the album. Francis may have quite a thin voice but she can manipulate it to perfection and Reid’s sampling, shifting, tweaking skills are flawless.

This is a good album. Over three years in the making, AlunaGeorge have not disappointed with the final result.