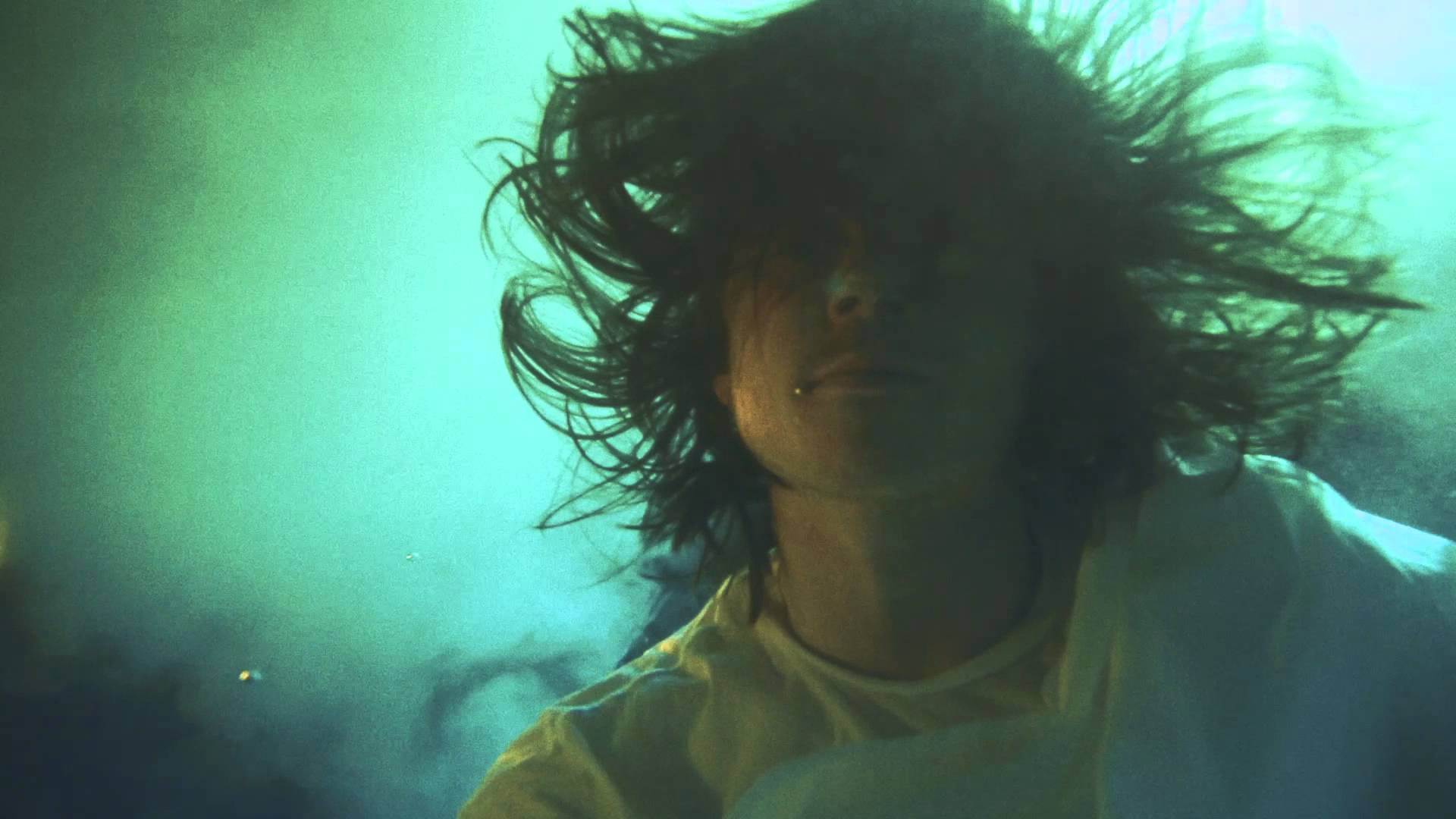 Sydney-siders have been getting quite the rep for producing great Australian Indie music, and The Holidays are no exception. Their debut album Post Paradise was received with much appraisal, leading the boys into the festival circuit, playing SXSW, Falls, Splendour, Groovin’ The Moo, Harvest and Laneway. They’re back with new single “Voices Drifting”, in which lead-singer Simon Jones put his body on the line, attempting to mouth the words to the song underwater in one single take. Their new album, possibly titled “Real Feel”, will be out early 2014. We chatted to lead singer/producer Simon Jones about almost drowning, weird Japanese fan mail and the upcoming album.

SW: You’ve just released single “Voices Drifting”, apparently you almost drowned making the video for it! Pretty impressive to be underwater for 3 minutes straight, what happened there?

SJ: Haha yeh, it was pretty shit, we had to do it all in one take and I mouthed all the words to the song.

SW: Are you going to do extreme activities in all your video clips?

SJ: Nah just this one

SW: The first album Post Paradise was produced completely by yourself in your home, is this the same for the new album, or did you head into the studio?

SJ: Yeh we do what we can, but it gets to a point where certain parts you need the studio for, like drums and that. Its a pretty disjointed process but  the album was made all over the place, hotel rooms, my kitchen, everywhere. I’ve got it set up so it moves everywhere with me.

SW: The last album was released a while ago, did you take a bit of a break?

SJ: Yeh, after the last album we were touring around Europe, the UK, after that we thought we’d have a bit of a break, recalibrate. The others went back to Australia and I went around Europe a bit by myself, just learning things and kind of figuring out where the second album was going to go.

SJ: It’s a hard call.. For writing, I had an apartment in Berlin which I rented and that was pretty cool

SW: Did you get to go to Spreepark, an abandoned amusement park there?

SJ: No, someone was telling me about that though! Yeh there’s lots of cool stuff like that there though, its just a really cool place. I spent most of my time there cooped up in my apartment writing. The whole thing about “Oh I’ll rent an apartment in Paris or Berlin and just write and stuff”, it was a great idea but I ended up just sitting indoors by myself just writing for so long that I didn’t actually do anything!

SW: Just you, no other band members?

SJ: Yeh for a large portion it was just me, I was trying to get a template for what the new sound was going to be. I came back with a few ideas, the hard part was piecing them all together.

SW: You have pretty diverse coverart, how did the coverart for “Voices Drifting” come about?

SJ: I did it with a friend of mine, and we were playing around with projections and stuff like that, he’s an installation artist. We set up this shoot, it’s is just a pane of glass with water droplets on it and then this canvas behind it. We projected coloured lights through the glass and it makes these all these crazy colours. It was a bit of an experiment really.

SW: And you have a Japanese label as well now?

SJ: Yeh well they released Post Paradise in Japan. Which is kind of funny because they did a full japanese release with different artwork, hand drawings of parrots or something. It was really bizzare haha.

SJ: Well I don’t know, I got this thing in the mail that was forwarded in the care of Mushroom (Record Label), and it was this guy in broken english making lists of his favourite songs and stuff, and all these photos and weird little stories of him doing various things! And it was all photocopied onto this one big black sheet that was addressed to me! It was bizarre, I didn’t really know what to make of it haha.

SW: Haha, what number did you come on the list?

SJ: I don’t think I was even on the list. It was very hard to understand what he was trying to say, but I think it was a fan thing.

SW: So Will Magnus isn’t in the band anymore, what’s he gone off to do?

SJ: Will did environmental engineering at university, and between Post Paradise and this album he got offered a really good engineering job and he said “look I think I better get serious and take this job cause I don’t know if I’ll get another opportunity”

SW: Which artists have you been frothing off in 2013?

SJ: I really like the Atoms For Peace record, it was a bit of a grower on me, I was a bit neither here nor there, but yep its grown, its fantastic. Another really random record i’ve been listening to is this german producer named DJ Koze. He hasn’t done anything for a really long time, and he came out of the blue with this album, and its really really good, hes got some great guests on it, Caribou.

SW: Would you be pissed if someone illegally downloaded your album?

SJ: No not really, from my perspective I’m happy if anyone wants it enough to listen to it. I don’t think the mechanics of whether they buy it or not is my personal problem. For the industry in general i’m not really sure where its all going but I’m happy for someone to listen to our songs. I’m not giving them permission to illegally pirate our music or whatever haha, but I like the idea of people sharing it either way.

SW: Any weird rider requests like Van Halen and his brown M&Ms?

SJ: Haha no, I thought about it for a while, I think some bands like to put one or two things that are hard to get to annoy festival people, but we’ve never really done that. It’s grown to things we don’t want, so last thing I heard was that we were just going to make it mostly champagne, live it up.

SJ: Ah god. No idea. I hated the idea of choosing a band name, it took us ages. We did as much research as we could to make sure The Holidays wasn’t taken. We are the biggest band in the world called ‘The Holidays’, but there are a few other smaller bands. We’ve been nice and not rained on their parade or anything, I’m thinking we’re not going to have to change our name.

SW: Is there a story behind the name ‘The Holidays’?

SJ: No, I was at uni when we came up with the name and started the band. It was kind of like a holiday from uni, none of us really enjoyed what were doing and it was a bit of an escape out of mundane uni situations, I think that was the motivation behind it. Also is sounds like a name that should have been some 60’s band but it wasn’t.

SW: Yeh there were a lot of bands starting with ‘The’ back then, like The Beatles, The Smiths

SJ: Yeh! I was surprised it wasn’t taken.

SW: So reviewers often like to box you in with other artists, one website said you were similar to Placebo, Kasabian, and The Horrors. So to beat them to it, who would you compare yourself with?

SJ: Definitely not Placebo, I don’t know where that came from. That’s hard, really hard. I’m too close to judge it like that, I’d like to think that we sound like ourselves. But I think on the first album we got Vampire Weekend  comparisons, but I definitely don’t think that we sound like that anymore… I can’t answer that actually. Every time I hear someone compare us to something, I think “that’s so weird, why do they think that?”

SW: Is it true that the title of the new album will be “Real Feel”?

SJ: Ah that’s the word on the street. Its not a set in stone thing, but I think I might have blurted it out somewhere.

SW: So what can you tell us about the new album? What kind of direction have you taken with this, different to the old one?

SJ: It is a bit different, it was made the same way more or less, what the difference is is the sounds we’ve used and generally tone of it is different. It’s a little more grown up in my perspective, not completely lost the tropical edge, but it’s less in that direction, it’s got more of dreamy slightly darker edge to it. A bit more introspective at points.

SW: What do you get up to when you’re bored? Any cool hobbies?

SJ: Yeh I’ve got so many hobbies you know. I’m kind of a hobby guy. I’m a really good procrastinator, I was building furniture for a while. Trying to distract myself writing an album haha. What else? Heaps of things.. I like doing art and design stuff as well, painting and things.

SW: Did your parents listen to much music growing up, any influences?

SJ: Yeh my mum was a real 70s music nut, stuck in a 70s time warp, so I got introduced to Neil Young and The Eagles and all that pretty young so I think that may have had some sort of effect. I wouldn’t say I came from a really musical household, I think I was the first one in the family to do music in any way.

SW:Do you think that Australia has a pretty sweet music scene for small bands, what with triple j unearthed and that?

SJ: I think for the size of our country we have a pretty incredible music scene to be honest, if you think per capita how much good stuff comes out of Australia, we’ve got to be up there. And the fact that its so nurturing as well, you can make a good career being a band only in Australia and not even go overseas.

SW: Finally, if you weren’t a musician, what would you be?

SJ: Probably something creative like an Architect or Graphic Designer.

SJ: Listen to the album, come to our shows!

Will do Simon, here they are: