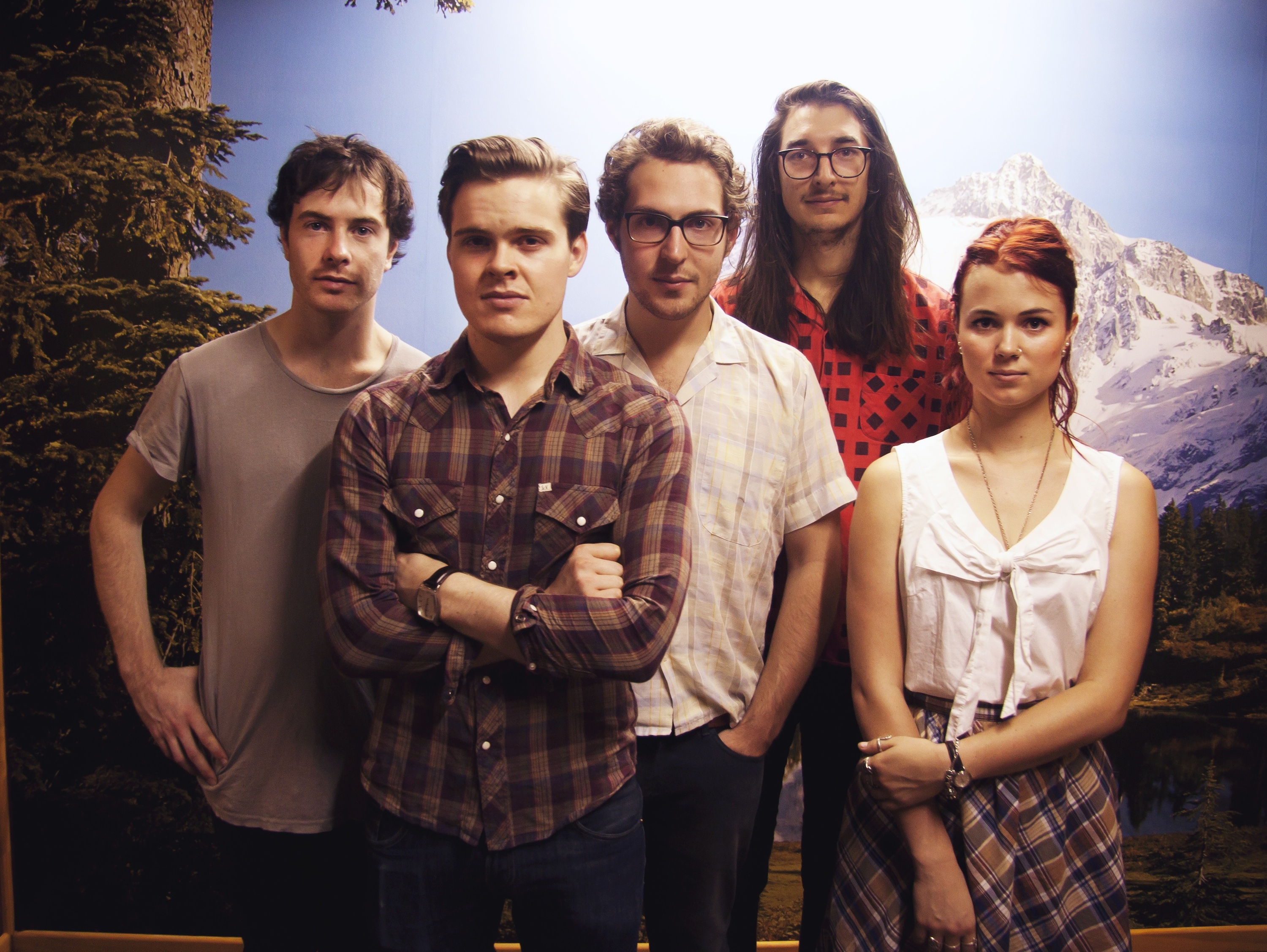 Interview: The Trouble With Templeton

The Trouble With Templeton’s sophomore record Rookie is released today, and from what we’ve heard of it so far, it’s a gem. We caught up with frontman Thomas Calder a couple weeks back to discuss the indie-rock five-piece’s latest release, but if that doesn’t entice you, find out exactly what Thomas would do if he was the opposite gender for a day… it’s pretty messed up.

SCENEWAVE: So who’s Templeton and what is the trouble with it?

THOMAS CALDER: Um haha. People actually think I’m Templeton. In a lot of reviews and things, people just think my last name is Templeton. I’ve been called Tom Templeton a lot. Which is absolutely not my name. Templeton comes from a Twilight Zone episode from the 60s, the guys name is Booth Templeton and the episode is titled the Trouble with Templeton. I guess the trouble with him in the episode is nostalgia – he’s always thinking about the past and not moving on to the future.

SW: Does that relate directly to your new record? Have you been looking to the future in terms of sound or can we expect more of the same as your previous releases?

SW: How much does flow mean for you when piecing together an album? Are you pedantic with track-listing?

TC: Flow is hugely important. I think it’s the most important thing, otherwise you might as well just release heaps of singles, which is not what I’m not interested in. I’m obsessed with albums. When I buy a record ill listen to it from start to finish, the way it should be. They tell a full story and track-listing is an incredibly important part of that. The importance of flow for me comes from my love of films. I grew up making films as a kid, and I started out as an actor so that’s influenced the way I feel about the journey of a story, beginning the end etc.

SW: If Rookie was a film, which film would it be?

TC: Movies coming to mind are American Beauty or Garden State. I think I’ll go Garden State. So emotional and it’s got everything really. It’s got humour, dark moments, it’s about people, emotion, feelings. That’s a good indication of the record I think.

SW: Name one are of your life where you consider yourself a rookie?

SW: Rumour has it Cloud Control test the ‘releasability’ of their albums by driving around with it cranked to 11, until they iron out the creases. How did you know Rookie was good to go?

TC: For me it’s a headphone thing, and road trips are important too. I try to listen to music mostly on my headphones; when I’m catching the bus or walking and going somewhere. That’s the telltale sign for me how music relates to day-to-day life. With this record, it was just all of us sitting around having a good night playing it and seeing how it feels. Then we had this moment where we were like, “Shit we’re really proud of this.”

SW: What headphones does Thomas Calder use?

TC: I’m just wearing the new iPhone earphones – they’re awesome. The bass is great. I feel weird about people knowing I’m listening to music, so I don’t wear my big ones around. When I’m at home I’ve got these awesome KRK headphones, which I love.

SW: What are your 3 pet peeves?

TC: 1.X-factor; 2. Lists like the top albums by reputable magazines, I’ve never liked those lists. It’s a ridiculous concept to even create a list like that; 3. People who aren’t honest, even if you do something shitty it should still be real.

SW: If by some freak occurrence you found yourself on The X-Factor, what would you choose to serenade the panel with?

TC: It would have to be a very freak occurrence, because I hate that fucking show. That’s a pet peeve. But I’d have to do “Dancing in the Dark” by Bruce Springsteen. I think that’s a fucking great song.

SW: If you were the opposite gender for a day, how would you spend it?

TC: Looking at myself. Maybe I would have sex with someone.

SW: Would you go for a dude like yourself?

TC: Wait, so is this me turning into a woman or have I switched bodies with a woman?

SW: Your brain with a woman’s body.

TC: So I couldn’t find myself and have sex with myself? Not in some weird arrogant way haha.

SW: Oh so you’re walking around in a parallel universe and you run into yourself and try to bang yourself…

TC: Yeah from a curious standpoint, to see how I would do objectively. Not in a way like, “I love myself I want to bang myself” haha.

SW: So you can get honest feedback… at last.

TC: Yep a totally objective viewpoint of how I am as a person from the outside.

SW: So when a girl says, “Oh don’t worry, it’s no big deal, it happens to heaps of guys” etc, you know for real whether it’s a big deal or not…

SW: If you were a wrestler, what would be your entrance theme?

Rookie is out today! Fork out for this one and support this very talented local act.