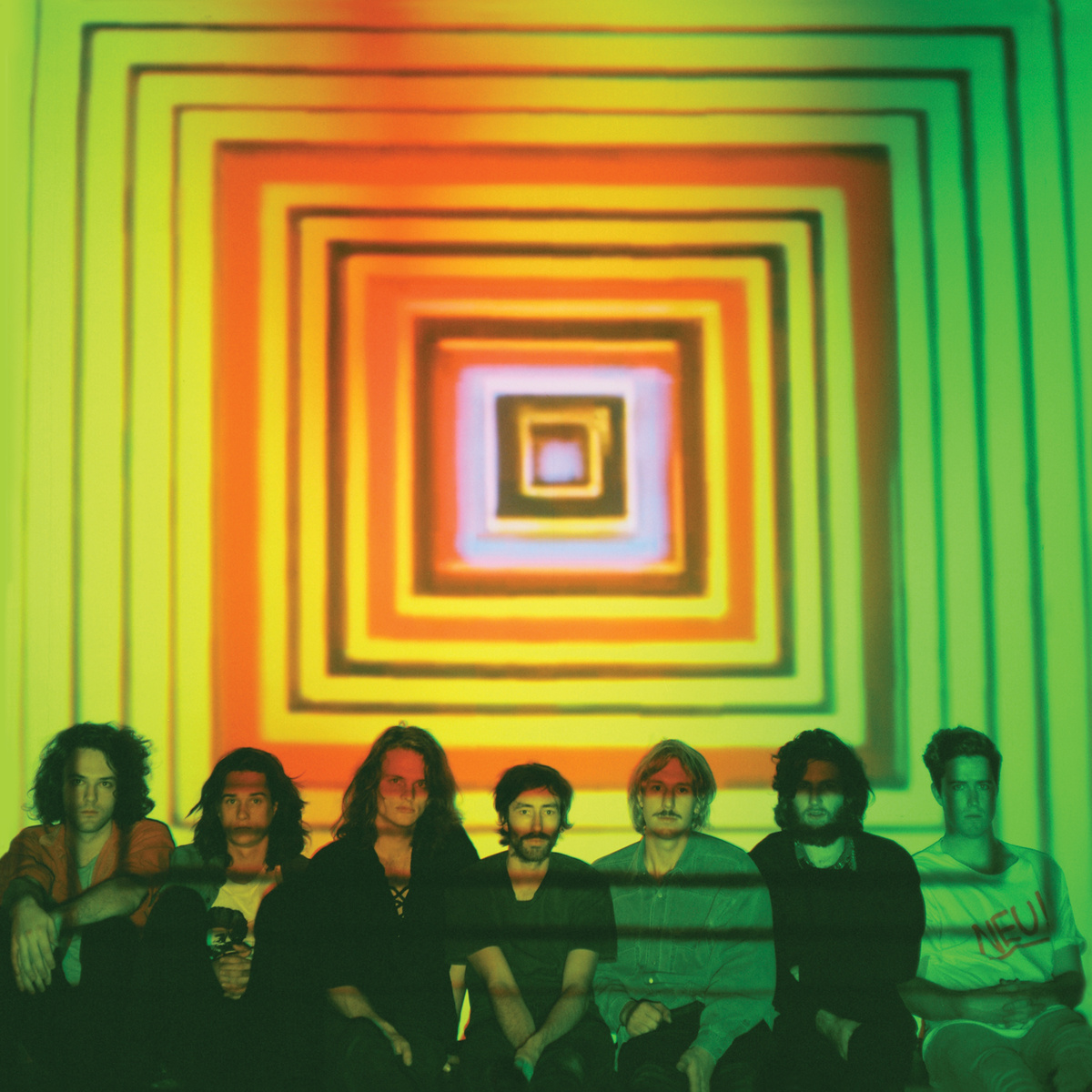 Album Review: King Gizzard and the Lizard Wizard – Float Along – Fill Your Lungs

King Gizzard and the Lizard Wizard. Firstly, best name ever. Secondly, one of the best Aussie bands around and by far one of my favourite live acts. Every time I catch a show by the Melbourne seven-piece, I leave with a manic grin, covered in buckets of sweat and a healthy desire to party all night.

From start to finish, the vibe of Float Along – Fill Your Lungs is first class. It’s simultaneously insane and blissed out, so loose yet so synchronised. Each track draws upon different instruments, different sounds, different genres. KGATLW’s sound expands with each record. The mellow swagger and Western twangs we heard on Eyes Like The Sky is still there. The garage-punk that we heard on 12 Bar Bruise is too, but now it’s on mushrooms and sitting cross-legged with a sitar in a field somewhere.

I barely had to look past the first track. Anyone who starts an album with a 16 minute psychedelic jam gets my tick of approval.

‘I’m Not a Man Unless I Have a Woman’ is mellow, with helium-high vocal licks, groovy riffs and serious swagger. A great choice come after the 16 minute odyssey that was ‘Head On/Pill’. It’s also the second single off this album, and has a very cool film clip.

‘30 past 7’ was their first single off this album and is my favourite track. That sitar, man. Those wailing guitar slides are so open and rich. This is the kind of track that will cheer you up after a long, stressful day. I love everything about this song.

‘Let me mend the past’ is chirpy, bluesy pop. The vocals are really, really good. It’s a passionate, slightly distorted take on a distinctly 1950s sound. An understated favourite. I’m picturing this one performed on some old TV show with back-up singers with beehive hairdos and flouncy petticoats.

The final and title track ‘Float Along – Fill Your Lungs’ is a perfect album closer. Psychedelic, warm, emotional and retrospective, this is an ultimate wind-down track.

Float Along – Fill Your Lungs makes me want to go eat a bunch of acid and lie in a sun-drenched park for the rest of the day. But even without those things, this is an incredibly good album which I’m going to be listening to for a long time to come.

Seriously, everyone needs to hear this album. Everyone needs to see this band live. The Aussie psych-rock scene has been steadily growing bigger and better, and this album catapults King Gizzard and the Lizard Wizard to the top of that pile.

Catch them on tour (honestly, do it. You won’t regret it):