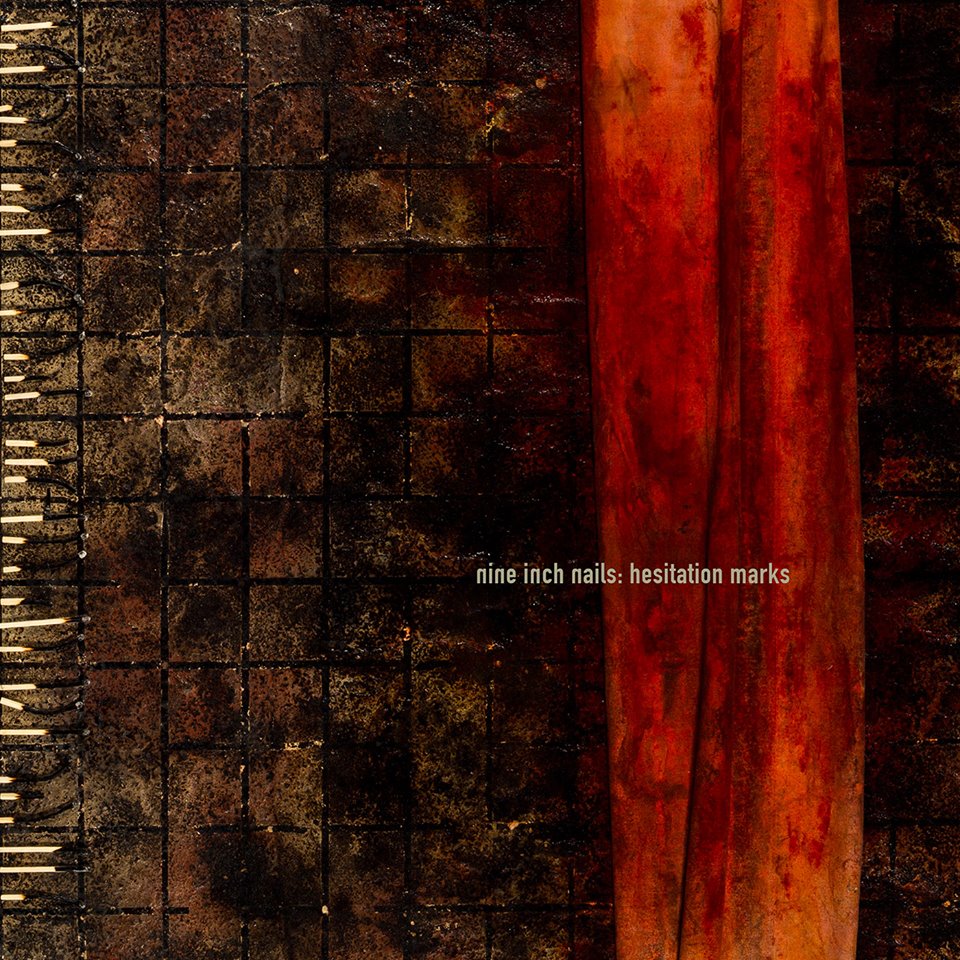 I first heard Nine Inch Nails at the exact time that you’re supposed to discover them. 13 or 14 years old, moody, black-clad, hating life and trying to figure out who I was. Downward Spiral, Pretty Hate Machine and their (at the time) recently released Fragile very quickly became favourites. I wore my NIN t-shirt all the time. I think I still have it somewhere, the sleeves cut off and creatively adorned with safety pins. Although my own shifting tastes/not being a teenager anymore means that I haven’t paid much attention to them since With Teeth, I never stopped loving NIN.

Hesitation Marks comes almost 25 years after Pretty Hate Machine. It’s an impressive feat to keep a band alive and recording for that long (not inclding a couple hiatus’) and to have enough style and talent to produce an album which is actually pretty good. I confess to some pretty strong skepticism before listening, but I was pleasantly surprised.

Overall, Hesitation Marks sounds like a mixture of every NIN album that’s ever been released. There’s a huge variety of sound, speed and style in the tracks. We get bits of the classic synth beats, the more recent flirtation with techno, ambient soundscapes and enraged industrial sections. Such diversity meant that for every track I didn’t like, there was one which I loved.

Opening with glitch sound effects and a slowly building hum, I was hoping it would explode into a really heavy industrial first track, but met with “Copy of a” instead. Not a great start. I found the beats boring, and the melody uninteresting. It wasn’t terrible, just nothing special.

“Find My Way” is my favourite track on the album. It’s slower, has a despairingly sultry beat and trickling piano licks behind the melody. I love the sparsity of sound and the deep melody. This one will be phenomenal live.

“All Time Low” is funky. The beat is still low-key and I’m loving the industrial synthy sound effects. In the typical NIN style of punchy, short and cheesy rhymes, we are treated to the rhyming of “know” with “scenario,” and “Hey! Everything is not OK!” which is pretty fantastic.

“Disappointed” was disappointing, as were most of the techno tracks. They don’t sound interesting, I wasn’t enjoying listening to them. It lacks the punch that we get in the industrial tracks, and there’s none of the mystery and sexiness of the slower, brooding tracks.

“Everything” seems to be what happened when Reznor woke up one morning and thought to himself, “I’m gonna write a pop punk song today!” I’m sorry, but I can’t deal with major chords and upbeat drums on a NIN song. I can’t fully comprehend this track. I don’t really want to.

“Various Methods of Escape” is my other top track. I love the glitchiness, the sulky subtlety, the industrial build ups. “I would For You” and “Satellite” were great too. Moody, messy and self-deprecating, a grinding bass and eerie, sexy melodies.  We also get to hear slow, dark bassline pitted against really high synthy licks and other effects. It’s one of the signature NIN sounds, and I love it. This is my favourite kind of NIN.

One thing which couldn’t help but annoy me was the lyrics. Reznor has a knack for depressive, existentialist who-am-I-where-does-it-all-mean-and-why-is-my-heart-so-black-and-empty lyrics. These were great in the past, but they don’t seem quite so genuine anymore. I guess it’s that whole, he’s been married, won an Academy Award, developed technology with Dr Dre and received universal critical acclaim for many projects in recent years, thing. It just doesn’t seem heartfelt or honest now. In saying that however, this is who NIN are, this is what NIN will always be, and a lonely 13 year old is going to listen to this and love it, just like I did ten years ago. NIN fans worldwide would hate if he changed and started singing about all of his money and success (here’s looking at you, Jay-Z.) So I won’t complain anymore.

I am happy with this album and I think most NIN fans will be too. There are some seriously stellar moments and only a few tracks which I’ll skip through as I listen to it again. I love when a band who were such a big part of my childhood can make such good music, years later. It’s rare, and so, so appreciated.