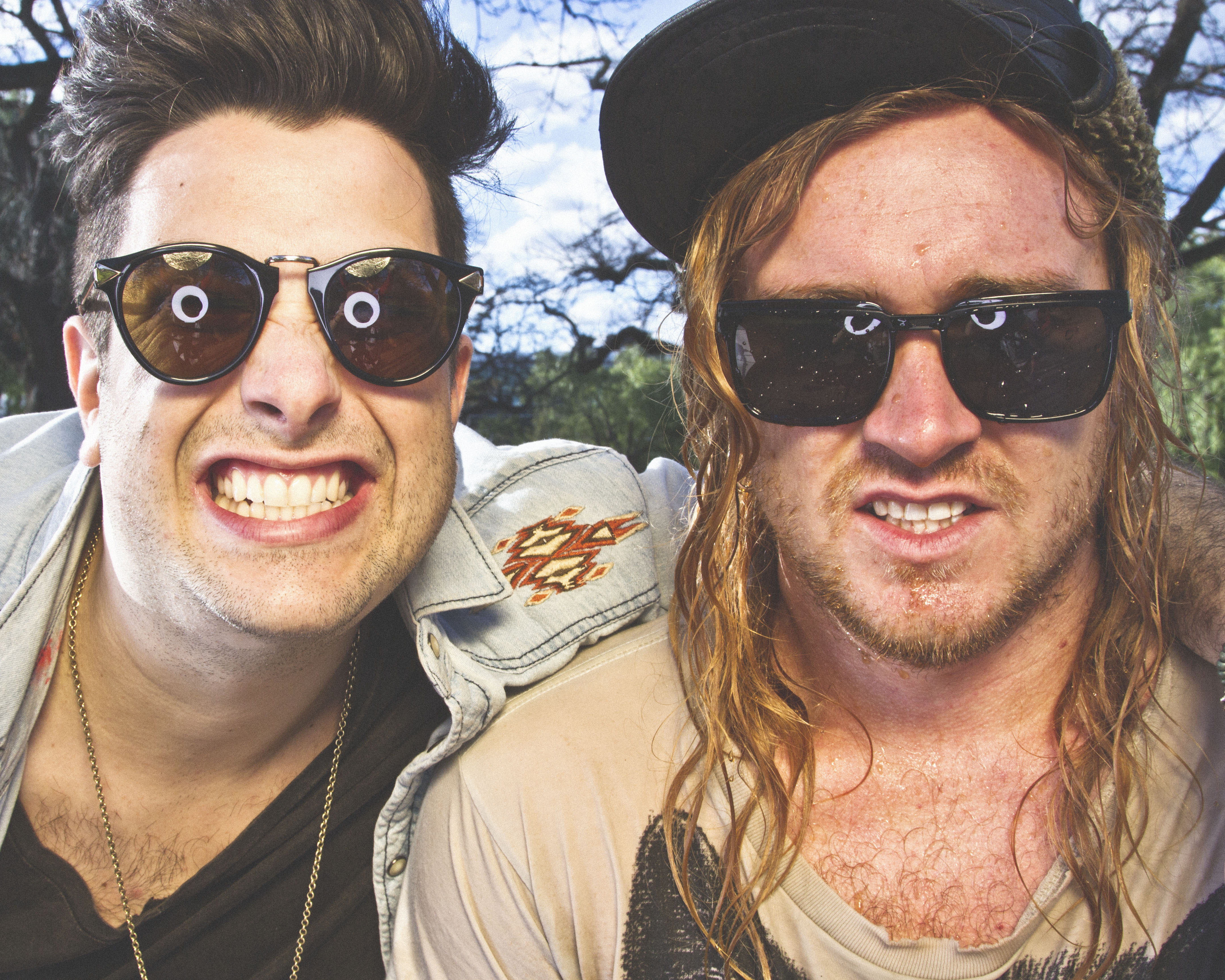 We had a chat to Dan and Riley from Sydney’s    The Griswolds before their Bigsound performance, here’s what happened:

How have you enjoyed Bigsound so far?

Dan: We have just got here and had fun for the last 20 minutes. Missed out on yesterday, looking forward to seeing a couple of bands tonight though.

Who are you going to see?

Riley: Yeh he’s after us

Sweet, you’re touring with Chance Waters later as well, how did that come about?

Dan: Ah we’re writing a song together for his album, I don’t know what it’s called.

Riley: Definitely not, cause neither of us have learnt it haha, tour starts on Thursday.

Dan: No, we did a really bad fucking cover.

What was that one of?

Dan: Regurgitator, but then we heard Strange Talk doing it, at the same festival, so we decided not to do it haha.

So if you were on triple j like a version what would you play?

Dan: Not that, probably Master of Puppets [Metallica]

Riley: Yeh I really want to do that

So you’re about to release an album?

Riley: Um nah not until about April next year, we’ve just finished writing, we’ve been away for ages writing. We’re about to head over to America after this tour again, and then we’re recording in LA for 2 months. So we’ll be there from October to January.

Is it different performing over there, are you less well known?

Dan: It’s actually heaps bigger over there, they’re really open and singing the songs and stuff. Over in Europe was cool, Amsterdam was really fun because we got a good crowd there, probably all the weed.

Riley: Probably didn’t like us and we were just really stoned haha.

So any crazy stories out of Amsterdam? Red light district?

Riley: Haha yeh, boy could I tell you some stories

Dan: But back to America we played CMJ so I think we got 6 shows in 4 days. We’re playing on a ship, which is cool, just for Sony.

What would your stripper name be?

Riley: I’m actually really good at pole dancing, I can pretty much hold myself horizontal to the ground and do the no hands spinning thing

The ladies love it?

Riley: Nah the ladies hate it, the guys like it

Cub Scouts recently had to change their name to Cub Sport, what would you change yours to?

Dan: We just changed ours to Jizzwolds. Followed suit, got graphics for it and everything, lots of wolds jiz.. haha

Do you have a favourite gig you’ve played?

Dan: Amsterdam, London Calling Festival at Paradiso at this really old church. We played with Unknown Mortal Orchestra. There were really good bands like MSMR, that really good English band from NME, what are they called?

Dan: Yeh they’re sick I’ve met up with them.

Do you have a favourite band you’ve met and hung out with?

Dan: Ruben from Unknown Mortal Orchestra, I kept calling him Rowan, and he was like no it’s Ruben man come on haha

Riley: I got the drummer really drunk as well, he brought out a bottle of tequila and I said “Let’s shot it”, and he was like “yeh cool”, he did like 5 shots. I probably only did 2 and he did heaps and was just blotto.

Dan: His girlfriend was there and got angry haha

So if the Griswolds made a movie, what would it be about?

Dan: If we made a movie, it would be like Entourage but for bands, but it would be from Jay’s point of view. He’s our friend, he’s crazy. He’d be like Johnny Drama. It would be a reality show. A doco of our friend who gets heaps of shit put on him by us.

Riley: The things he thinks.. his monologues. Like when he’s really stoned and asks us dumb questions all the time haha

Do you find that you mainly hang out with musicians?

Riley: I hang out with a lot of musicians.

Yeh I’ve heard you’re pretty into dogs, what breed are they?

What do you do with them when you tour?

Dan: They kind of hang at home. But Chris and I have been away for 6 weeks and they came. We hired a house, to get away from home, because we always write at home, you don’t feel like you can be creative because you live there.

So you hired a house?

Dan: Just up the north coast of Sydney, lots of incense. It was supposed to be a Buddhist retreat, or a meditation retreat.

Dan: Nah, they offered if you wanted to on Wednesday at 7pm.

Dan: I heard the noises coming from there..

Do you consider yourself a “Boy Band”?

Dan: Haha fuck no. That’s funny, the stigma of a boy band means something else. Led Zepplin was also a boy band in that sense.

Do you have any other jobs or are you fulltime with the band?

Riley: Full time for me

They’re trying to suck you into the band..

Riley: Once the album is released he’ll have no choice

So if The Griswolds failed, would you rather go back to carpentry or join One Direction?

Dan: One Direction! Can I change it to One Erection?

Do you think The Griswolds would be more popular if you were like One Direction?

Dan: Of course we would

Riley: If we’re speaking of shallowness and no depth of bands..

Dan: That’s not true, it means a lot to a lot of young ladies, just not my vibe

Dan: and I’d really like a Lamborghini so I probably would. I wouldn’t be proud of it though, so I’d just say I invested money in shares or something haha.