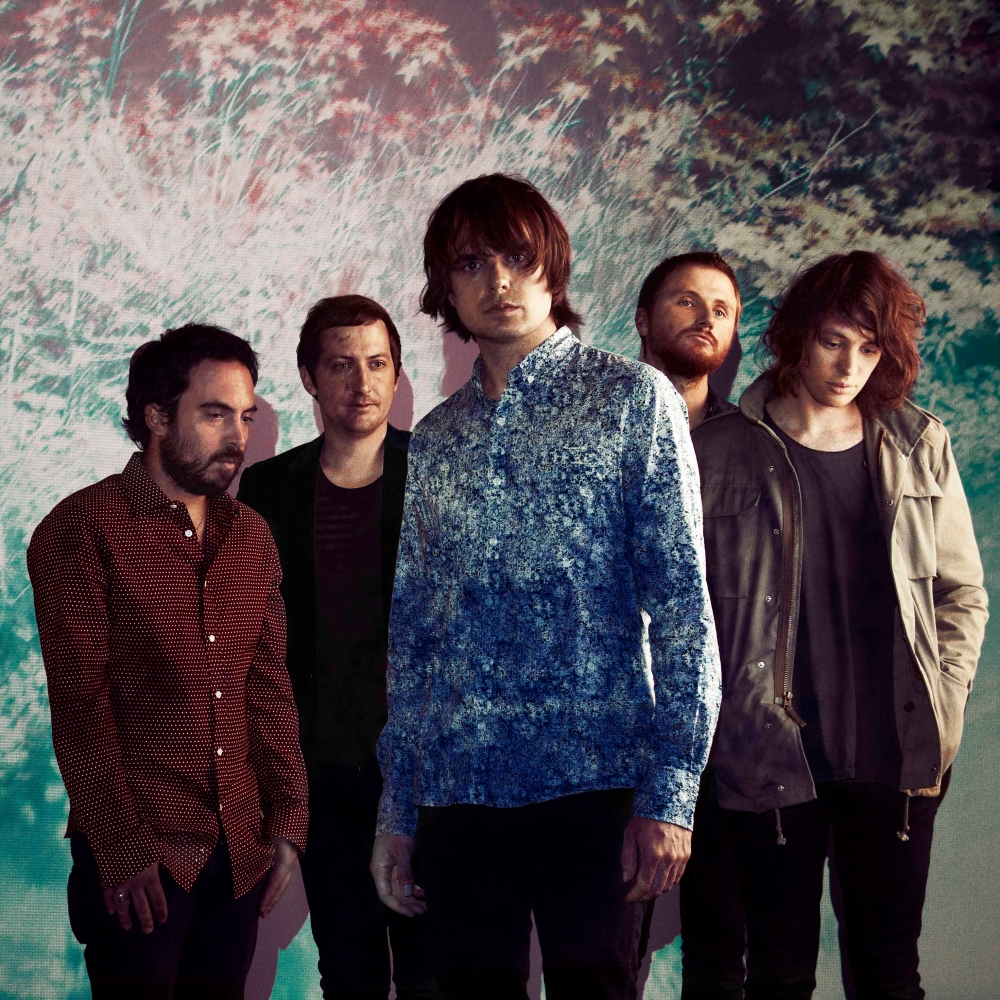 We caught up with Nic McKenzie from Deep Sea Arcade to discuss the psychedelic rock quintet’s sophomore record, being on the rebound and why he’s a fan of camera phones at gigs.

SCENEWAVE: Nic, what are you up to at this very moment mate?

SW: What’s been your trickiest share house situation? Any of the He Died With A Falafel In His Hand ilk?

NM: I once lived with a dude who moved all his stuff into the house but just dumped it in the hallway. So we moved it into the garage and after two weeks it was like he didn’t notice that we’d moved it. He found his stuff in the garage and just wrote me a text message saying “What the fuck!”. I told him I hoped everything was ok, and when I got home, there was a letter on the kitchen table saying “By decree of Nic McKenzie, anything unsightly to the eye has been moved out into the garden, into the rain”. He’d moved everyones clothes into the rain, my mattress from my bed, and everything. He was a total lunatic.

SW: You’ve just got back from touring for six months, what were some of the highlights?

NM: We did the Netherlands and Italy, Lowlands festival. It was great. Secret Garden Party, Where The Wild Things Are, Wilderness Festival. Those were definitely the highlights.

SW: Most famous person you met over there?

NM: Tyler the Creator; the dudes from the Horrors are awesome. The guys from TOY and Temples are right up our alley.

SW: That latest psyc movement has been going gangbusters at the moment particularly in Aust and UK. Were you easily received in UK?

NM: A lot of it’s done, but we’ve recently written about five or six songs and we want them on the record too. So we’ll have to go back and choose which ones our favourites are.

SW: How does that process work? Is it difficult cutting stuff down that you’ve put a lot of work into? Do you have an emotional connection to everything you write?

NM: Nah just go by what the best is in terms of the body of work. It’s like a jigsaw puzzle, and  we just see what fits best. It’s a process of killing your baby sort of thing.

SW: Can you let us in on the title of the new record?

SW: Where does Rebound come from?

It’s literally the theme of being on the rebound. Like the process and all the things attached to being on the rebound. At the end of Outlands I broke up with my girlfriend, so its been a bit of journey. Breaking up has certainly had a massive influence on the tunes and also I think that Rebound is a cool name for a second record.

SW: So you’ve toured with Noel Gallagher, Modest Mouse, Kaiser Chiefs and many others, is there anyone who you would particularly like to travel with again?

NM: Yeah definitely, we’re looking at bringing TOY out for our album launch. They’re really keen for that so hopefully it comes out. I’d really like to bring out Temples and another act called Telegram, which have just started that I’d like to bring out.

SW: Is UK a more conducive environment for psychedelic rock or is it just as easy in Australia at the moment?

NM: I think it’s exactly the same. The UK and Australia aren’t too dissimilar in terms of taste. I mean we’re kind of a strange mishmash of American, British and our own culture. I think we’re a really interesting testing ground and our audiences are able to appreciate things in a way that’s a little different to UK and US audiences.

SW: There’s been a lot of camera phone chat recently, and specifically one festival in Poland have banned camera phones at their gigs to make people ‘live in the moment’. It’s definitely annoying as a spectator having people pop up with their phones and that’s all you can see. What’s it like for artists?

NM: I don’t have such a big problem with camera phones at gigs, I think it’s really good. The fact that someone is taking the time to document your show, is a real compliment. That they’re taking the time out of their life to film something for the rest of the world to see and put it on YouTube is definitely a compliment. Imagine if someone had a camera phone for like Led Zeppelin or something that would be amazing. I mean you want the audience to be experiencing the show and getting into it, and enjoying it at the time, but yeah I think there are pros and cons. You can pretty much go back and watch any gig that has ever happened.

SW: It’s rumoured that Caleb from Kings of Leon gets spastic drunk when he writes some of his music, and then upon reading it the next day, he sometimes doesn’t remember writing it. How do you guys write your music? Any special tricks or different ways to prepare?

NM: The whole process of writing music is interesting, its not like other art forms. You really have to walk away from it and come back to it. that’s why people who write music tend to use dictaphones. When you come up with an idea, it might be quite different later to what you initially thought. It’s really good to be able to step away from music, whether that’s by taking drugs and getting drunk, or otherwise, you want to experience music in different scenarios. Sometimes you get really stoned and listen to a track you’re writing and it gives you an idea, or you might be at a party where your girlfriend dumps you and you’re walking home and write something when you’re really sad. Stuff that you wouldn’t otherwise have written when you’re straight.

SW: Do you get writer’s block? If you do, what do you use to get you out of that headspace and get back to your roots?

NM: If I ever get stuck, I like to go and see other bands, read books, stay at my parents house and remind myself of where the writing first started.

SW: If you could have a rider using any resources, possible or impossible, what would you ask for?

NM: We always have a white chocolate fondu set on our rider. With pears. But if I could have anything, I’d have a zero gravity room to eat the fondu in.