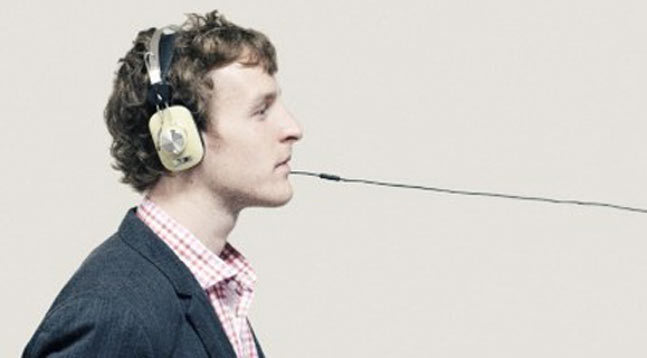 South African born Sydney based musician Jonti is seriously making a name for himself at home and overseas as a top-notch musician, producer and arranger. He’s recorded with Mark Ronson, Santigold, Sean Lennon and more, toured the world with Gotye and is about to perform one of his favourite albums, The Avalanches’ Since I Left You, at OutsideIn Festival on Sep 21 & 22. We caught up with him to chat about this awesome project, being called an awkward-ass motherfucker by Flying Lotus, and what it’s like to play a festival at 7am.

How did the idea for performing Since I left You come about?

I think it was early last year or late 2011, I got an email asking to do some stuff on some [Avalanches] tracks which was really exciting.  My brother had the idea quite a few years ago, and once I started working with them we talked about it a little bit. We decided it was too much of a sign, we should do this. We decided to show our appreciation and locked  it in.

What was The Avalanches’ reaction?

Yeah, we asked Robbie Chater from the band – I just said we have this idea, would you be okay with it. You never know if there’s any behind the scenes stuff or if it’d be weird. He was super stoked and excited about it. I’ve sent him photos and some demos, asked him questions, asked for some samples. It’s been really nice to see them excited about it too. It’s been super super fun.

There’s nine of you performing – how did the group get together?

Haha, I don’t know, so much of it just had to happen somehow. There was definitely no clear cut plans, we were just crossing our fingers and going for it. At the starting point I just asked some friends who liked the album and people on the Astral People roster, so we could keep it in the family. By then I must’ve made about 5 Facebook posts asking for violinists, flautists and turntablists… It came about, somehow.

The rehearsals must be so fun

Oh yeah, so much fun. We always say our cheeks are sore by the end of it, it’s like a mad house. It’s a bit challenging because the amount of times we can all be together is very limited, so we have to make sure every minute is utilised. I’m always trying to be a bit of a schoolteacher. It’s such a great group of people and yeah, it’s a madhouse. It’s probably been the most fun thing so far since I entered the industry.

Which other artists have influenced your music over the years?

I got really into the Stones Throw scene after high school – Madlib, J Dilla, Flying Lotus. I think that scene introduced me to the whole record digging culture, looking for rare records and exploring this whole world of unheard music, it never ends.  Madvillain too, that very sample based stuff, it’s kinda crazy. Also, Brian Wilson presents Smile – I love he chords, the grandiose arrangements. Those sorts of things.

You’ve been able to work with some of the people you mentioned while recording overseas. Do you have any starstruck moments?

I get starstruck every day! I mean, before anything else I was a really big music fan. Even on the Stones Throw side, that seems like another world, so unnattainable and something I had to look on from afar. But then you somehow get put there in the middle. People like Mad Lib, I still get really startstruck. I remember at first it was really awkward with Flying Lotus. At first I would just freeze up, now it’s alot more chilled. He’d just be like, “you awkward-ass motherfucker!’”

A few months before, I was just in the North Shore in Sydney, making music in my bedroom with my dog, and then things became a reality. I’m only now starting to step back a bit and breathe.

You’ve already played all over the world – where has been the best crowd?

One crowd that  I really enjoyed playing to was in Japan, just before the Gotye tourI was in japan for Taico Club Festival. The crowd were amazing. I played at 7 in the morning! It was like, “who’s gonna be watching that?!” When I got on stage there was heaps of people there, people waking up in their tents behind, and the sun was coming up. It was such a responsive crowd, they were so happy to just be at a festival and listen to music. At 7 in the morning! I’m trying to find more shows at 7 am but it’s not really working.

Animal collective, king krule, the boredoms all played. We all stayed in these little huts where it’s just a bamboo room and a mattress. It was like a school camp, you go to bed with everyone from the festival, you spend alot of time on the bus with everyone, it was so cool.

If you could pick one operson to work with, living or dead, who would it be?

Hmmmm. Umm, I dont know. Maybe Michael Jackon, that’d be really fun. It’d be interesting, I don’t know what it’d sound like at all. It could sound so absurd!

In the past 24 hours what’ve you been listening to (besides the Avalanches)?

I discovered this Todd Rundgren album I’d never heard before, called A Wizard, A True Star. You can hear where Tame Impala got alot of their influence for Lonerism, all the synth stuff. It’s connected alot of dots.

What’s on the cards for the rest of this year?

After The Avalanches’ thing, I just have to go into the studio and am gonna spend 3 months recording this album. It has a very interesting process. Im doing the same thing as this project, dedicating a really intense 3 months to kind of zone out in another world and get it done.

OutsideIn Festival is being held at The Factory Theatre in Marrickville on Sep 21 and 22 (21st is sold out!) other headliners include Zomby, Freddie Gibbs, Badbadnotgood, Hermitude, Mark pritchard, Elizabeth Rose and Oisima.