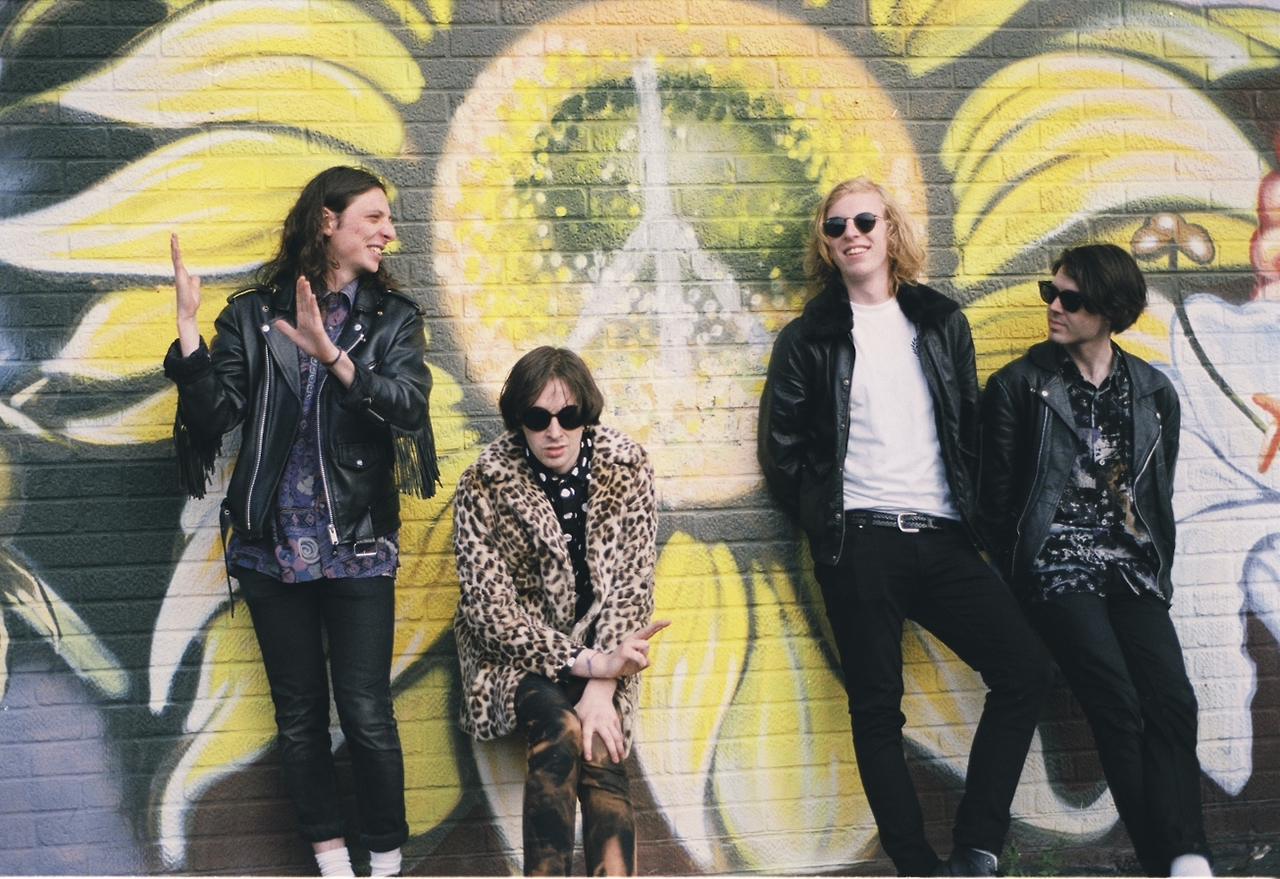 Last Thursday 90’s inspired rock n’ roll was let loose upon the crowd at The Zoo, much like an escaped lion. However, this lion had been smoking up and didn’t give a shit about the monkeys and parrots racing around, and just chilled out on stage being all shaggy and hip. Peace are a Worchester hipster quartet, in the Jack Kerouac sense rather than the pretentious Melbourne moustache-coffeeshop sense, and they’ve only dropped their debut album In Love this year. It’s in my personal top three albums of 2013, so I was stoked to see these boys play live.

The variety of the album really shone through, with the faster more upbeat songs like “Higher Than The Sun” interspersed with the slower chilled out songs like “California Daze” and “Float Forever”.

The crowd frothed as they covered Disclosure’s “White Noise” with Pink Floyd’s “Another Brick In The Wall” spun onto the end, absolutely fantastic, although Diplo didn’t think so.

Shivering with pleasure at their grandness and English swag, zoogoers swayed and grooved to “Wraith” in its glossy glory and there were good vibes going round.

Surprisingly, there was a lack of the normal glare of iphone screens, which was pleasant and hopefully meant that everyone was living in the moment and just appreciating peace instead of snapping instagrams.

However, there are always those die hard fans at concerts, filming the entire thing on their shaky phones whilst attempting to sing every lyric to every song and touch the leadsinger’s coat seams, and we had two of our very own right up the front clad in plaid and denim.

They ended with the heavily Cure inspired “Lovesick”, sadly with no encores. They have such a smorgasbord of songs, with all kinds of influences, both happy and sad, all with festive vibes and it made for an incredible performance.

But don’t just take my word for it! NME have also been absolutely loving Peace, with comparisons to Foals, Wu Lyf and Vampire Weekend, and since they’re normally pretty decent judges of music, their excitement should get you excited