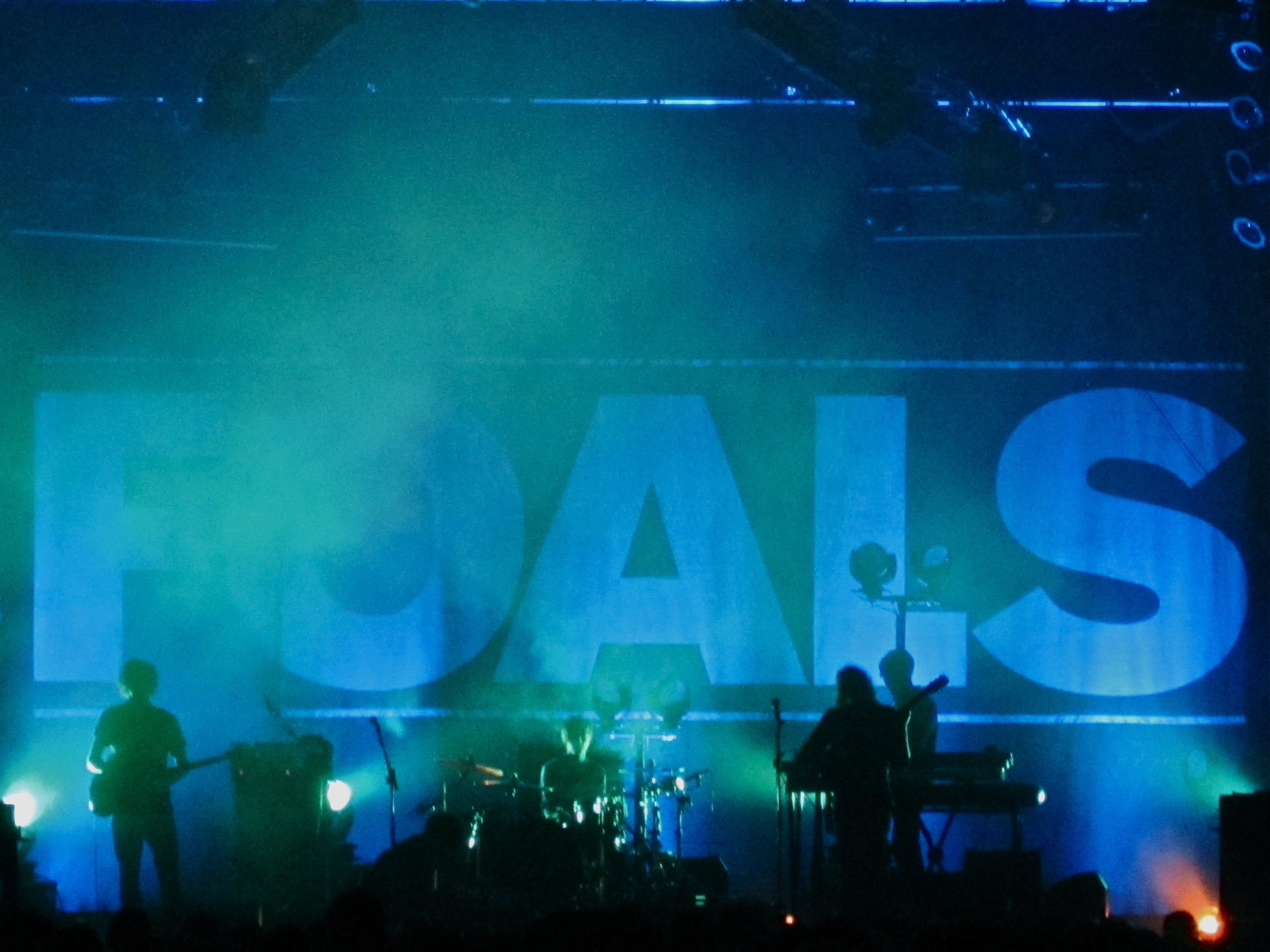 Well it had been a long time waiting between the release of Holy Fire and a live tester of how the new tracks faired. Holy Fire is a record made for a live show – it’s heavy, full of long, methodical buildups which all tend to erupt into a firework of syncopated synthy guitar goodness. Well I was pretty right. The songs suited the Tivoli’s live setting perfectly, and they played an amazing blend of Antidotes, Total Life Forever and Holy Fire.

For those of you that haven’t been to a Foals live set, or at least not for a few years, you’ll be surprised with how heavy their gigs are – or at least until the release of “Inhaler”. Actually it must’ve been earlier than that, because I remember “Two Steps, Twice” getting a heavy makeover sometime in 2011. Opening with “Prelude” really sets up the rest of the show in that regard. “Providence” was absolutely mental, as expected, but whatever Foals were doing on stage alludes me, all I can visualise is the Steve Buscemi lookalike from that 70s hippy band rocking out. That’s not to say that Foals don’t have a ‘sensitive side’, with Yannis and the lards getting their swoon on – not sure if they’ve ever been described as getting there swoon on, but anyway – for “Spanish Sahara” and “Late Night”, which were standouts.

A tune they’ve seemingly brought back from the dead is “Electric Bloom”, and it took me right back to Splendour first year. As soon as he got that drum out I knew it was on. After stalking their facebook photos from Melbourne and Sydney, I knew it was only a matter of time before he mounted the Tiv railings and crowd surfed, and sure enough he was up there like a shot. I don’t envy whoever was underneath as he pencil dived into the crowd, yes pencil dived! Surely that sort of manoeuvre requires a horizontal dive of some sort, eg skydive position… Anyway no one was injured, thankfully.

For the encore we were treated to Antidotes B-Side “Hummer”, my favourite track by Foals. It was such a treat. The crowd didn’t completely go off for it, and I really hope they keep playing it live. Then it went “Inahler” – epic, what can I say it’s made for a live show. And I couldn’t fault his falsetto, which often gets a bad wrap by live pundits. “Two Steps, Twice” closed it out their set out once again, and it seems to get better and better each time. They extend it for ages and it feels like it’ll never end – especially that ‘dun dun du dun dun du dun dun’ bit, you know what I’m talking about. All in all, awesome. I wonder what Yannis will do with his lid next.