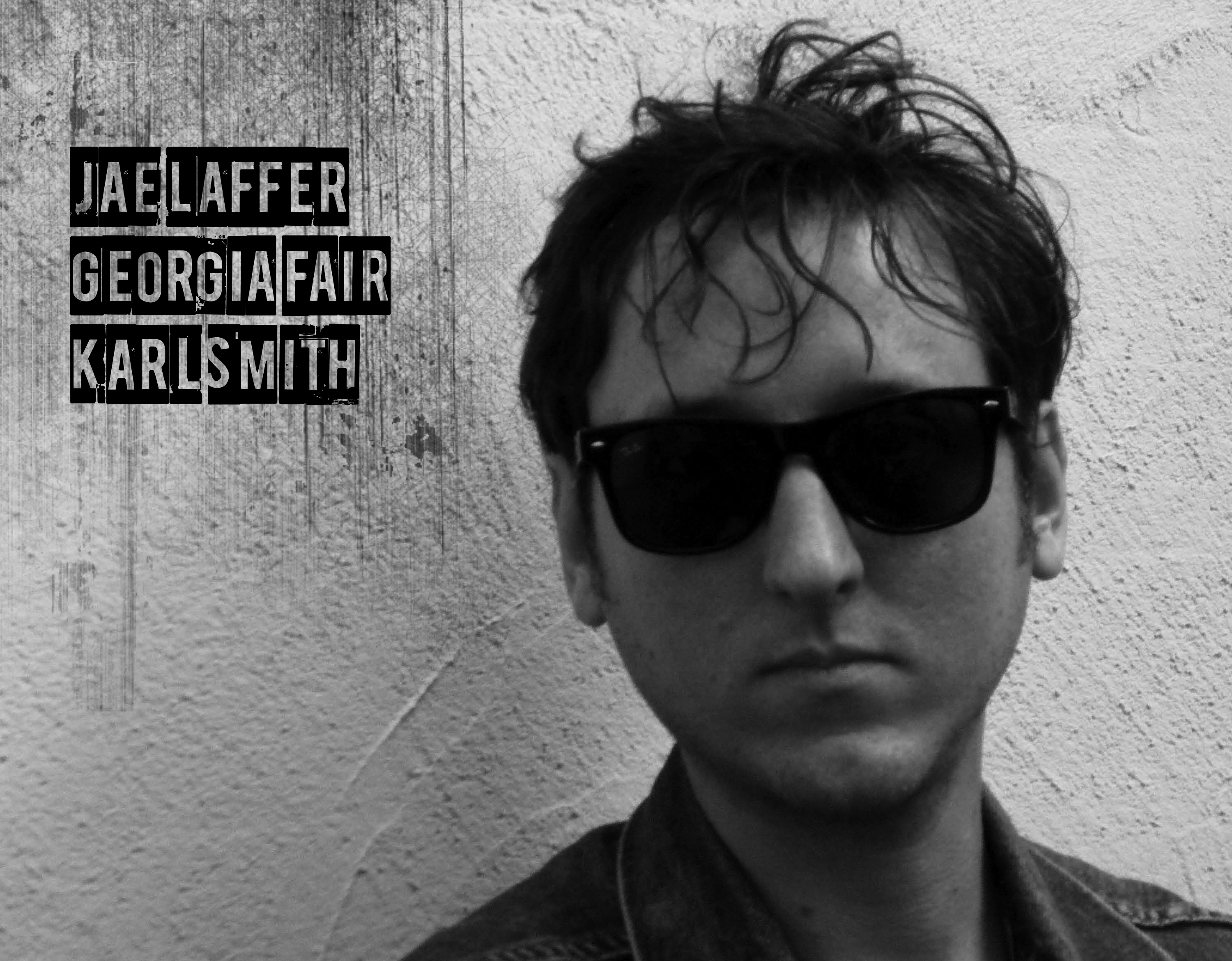 Georgia Fair and Jae Laffer are the kind of live musicians that you should ideally be seeing with a pretty lady on a marooned beach as your bonfire dwindles to a low flame and all you’re left with is the infinite light of the far away cosmos. But this isn’t a Jack Johnson film clip and I don’t know any pretty ladies. Least not any that return my calls. So I had to make do with Alhambra Lounge, my housemate and some completely plutonic friends. None of whom were interested in gazing into my eyes and falling madly in love while Georgia Fair’s “Where You Been?” played. Their loss really.

Karl Smith of Sodastream, as in the Australian folk/rock duo not the carbonated drink machine, though both are equally delicious, was the night’s opening support act. It was a pretty early start and only a handful of punters made the effort to catch what was an enjoyable set. Karl’s music isn’t likely to inspire any pill induced rave sessions or spontaneous acts of crowd surfing but there are a few chilled out gems amongst his solo efforts.

Georgia Fair were up next and continued the folk/rock theme of the night. The Sydney duo released their latest album Trapped Flame the same day, and for the first time, were able to refer to their 2011 LP, All Through Winter as their “old album”. Understandably, a fair chunk of their set was tracks from this new release. Whilst I only had the chance for one full listen of the album before the gig, I instantly recognised a few of the stand out tracks. For example, personal favourite of the album, “Gloria”, which features awesome stretched out Kings of Leon-esque vocals without the annoying voice modulation of Caleb Followill.

As a massive fan of Georgia Fair there were a few disappointing things about the set. Firstly, and maybe I’m being bias here, but the crowd was fairly small for what is a solid Australian rock band and one of the few that isn’t trying to ride the wave of indie pop. Not that I don’t love pop/rock, cause I bloody well do, but it’s a shame to see a dwindling interest in the folk side of things. Secondly, it would of been nice to hear a bit more from their older releases. The guys did perform “Where You Been” but many great songs from their past went unplayed in favour of newer ones. A bit more of a mix between the old and new would have been nice. Instead the vast majority of the set was songs which the crowd would have only had 12 hours to familiarise themselves with. I’m gutted that ‘Simple Man’ and many other brilliant tracks from All Through Winter and their self titled EP, didn’t get a look in. Not that what the boys did play wasn’t stellar, just that it is often the songs we recognise that get the best responses. Props to the guys on a quality set, and another quality album.

If you hadn’t guessed, Georgia Fair was my main interest Friday night, but I was still hanging out for Jae Laffer, the headline act. Jae, front man of The Panics, struck out on his own this year. His tour, which finishes in November, is for the release of his debut solo album When the Iron Glows Red. The album, which came out in September, is similar to, and this is gonna sound like crazy talk, but The Panics’ music. If you’re a fan of his past efforts with the band you’re gonna like his solo stuff.

By the time Jae took to the stage, a sizeable crowd had turned out. “Leave a Light On” which has been getting considerable airplay lately, was a favourite amongst the audience, who were enjoying the relaxed atmosphere. But the album does have a decent amount of consistency and more quality songs to  offer. Including personal favourites “Leaving on Time” and “No Love Lost”. This clearly wasn’t enough for some and I had to laugh when an ambitious punter shouted out a request for Panic’s song “Don’t Fight It”.  Jae Laffer’s album is a top shelf take on soft rock and made for a solid live set. Coincidentally, the chilled out LP is perfect to listen to while nursing a hangover and writing a live review.