Tokyo Sing Song is a new bar opening up in a King St basement in Newtown, and it sounds very, very cool. It promises to excite, confuse, frustrate and stimulate.

The new space is supposed to be somewhere between a Japanese Pachinko parlour, a seedy, bluesy dive bar and an old school NYC speakeasy. I don’t know about you, but I think that seems like a pretty amazing combination.

There’s live music. There’s edamame beans. There’s drinks – edible ones, apparently. I don’t even know what that means, but it sounds exciting. It’s also open til 6 am, just in time for those bleary, balmy summer strolls home watching the sunrise.

Why would anyone not want to check this place out?

One of the coolest things about this new joint is that nobody really knows what will happen there. Each month will see a new curator take over the space, who will change whole venue and entertainment program –  so you’re guaranteed to see, experience and enjoy something different each time.

The first curator of Tokyo Sing Song is Melbourne-based Duckpond, an experimental artist and lighting designer, described as “the crazed madman leading the riot at the Lilypad stage on the Big Day Out tour.” He also has his own brand of pyjamas. 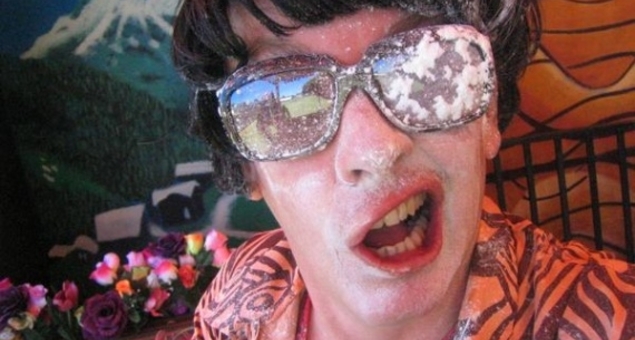 To quote Liz Lemon, I want to go to there.