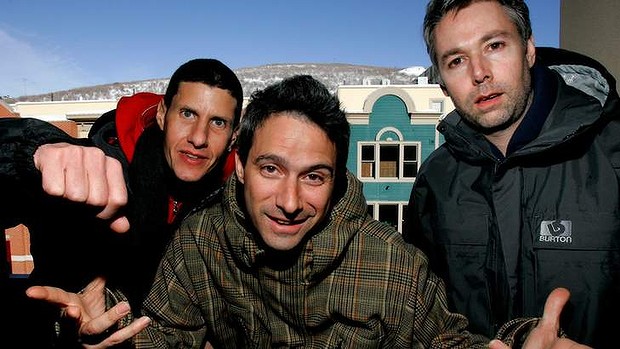 Fifteen years after the late Beastie Boys member Adam Yauch rapped that he won’t “sell my songs for no TV ad”, the hip hop group has become embroiled in a copyright lawsuit with a toy company over a viral advertising campaign.

Toy company GoldieBlox filed a pre-emptive claim against the rappers after being contacted by the musicians’ lawyers over a possible copyright infringement for using the Beastie Boys’ 1987 single Girls in a Princess Machine online advertisement.

The video for the construction toy, which is aimed to inspire “the next generation of female engineers”, has received more than 8 million YouTube since being uploaded on November 17.

While the original song contains notoriously misogynistic lyrics — “Girls- to do the dishes/Girls- to clean up my room/Girls- to do the laundry/Girls- and in the bathroom” — the company has transformed the track into something of a feminist anthem: “Girls to build the spaceship/Girls to code the new app/Girls to grow up knowing/that they can engineer that.”

Following the video going viral, GoldieBlox has claimed it was threatened by a lawyer representing the Beastie Boys and consequently took action against Beastie Boys guitarist/rapper Adam Horovitz and producer Rick Rubin. The lawsuit argues that the revised appropriation is a parody and criticism of the sexism in the original song.

The Beastie Boys have since replied that there had been no threats of legal action made before the lawsuit was filed. A Beastie Boys spokesperson said on November 24 that “there was no complaint filed, no demand letter – no demand, for that matter – when they sued Beastie Boys.” Adam Horovitz, aka Ad-Rock, also tweeted: “You guys .. Don’t get it twisted. We did not threaten to sue Goldieblox .. THEY’RE SUING US”

The Beastie Boys have issued an open letter to GoldieBlox stating that while they support the message in the video, they wish that the company had asked for permission before releasing the clip.

“Like many of the millions of people who have seen your toy commercial ‘GoldieBlox, Rube Goldberg & the Beastie Boys,’ we were very impressed by the creativity and the message behind your ad.

“We strongly support empowering young girls, breaking down gender stereotypes and igniting a passion for technology and engineering.

“As creative as it is, make no mistake, your video is an advertisement that is designed to sell a product, and long ago, we made a conscious decision not to permit our music and/or name to be used in product ads. When we tried to simply ask how and why our song Girls had been used in your ad without our permission, YOU sued US.”

The Beastie Boys have previously sued numerous companies, including Monster Energy Drinks, over copyright infringements. In this recent case they have the support of Radiohead’s Thom Yorke, who tweeted: “I support the beasties here> I would be v upset too.!”