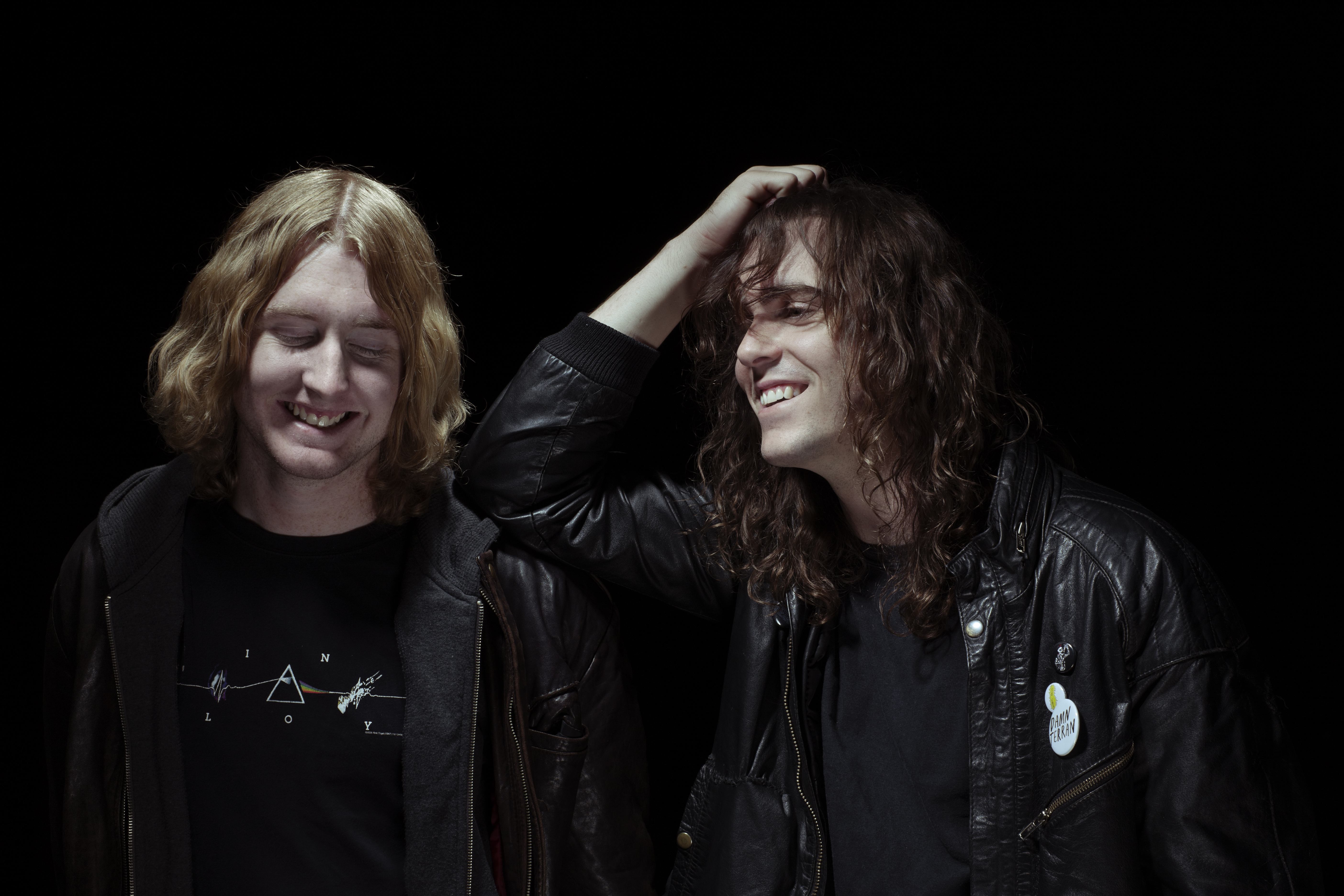 Possibly one of the most exciting bands coming out of Australia at the moment, rocking two-piece DZ Deathrays have just dropped their hot new ballad, ‘Northern Lights’, once again grabbing attention all around the world. We decided there was no better time to have a chat to Shane Parsons (one half of the duo) and nut out a few questions.

Topics range from what they’d prepare us for dinner, their entrance track if they were professional wrestlers, insights into their upcoming new record, the new single, their ultimate Australian festival bill to be a part of, and how they’d be a 6 piece moustache band if they weren’t DZ Deathrays.

To kick things off we’ll ask some completely random questions:

IM: If you were to play a track looking back on Earth, what would it be?

IM: If we were to come to your house for dinner, what would you prepare for us?

IM: Do you have any interesting rider requests like Van Halen and their brown M&Ms?

DZ: Scratchies and lotto tickets… everything else is liquid and money.

IM: Most ridiculous thing that’s happened to you by a fan?

DZ: Someone put their hand up my shirt while I was playing once and then got grossed out by how much sweat was going on up there. It was pretty gross on many levels.

IM: If you were a wrestler, what would be your entrance theme?

DZ: Toto‘s ‘Hold the Line’ playing and two pugs either side of me.

For Shane: Have you flipped your canoe recently?

For Shane: What is the name of the white pony?

For Sci: How many times did you spew on his parents verandah?

For Sci: What’s is like racing go carts and punting and shooting guns?

Now on to some more typical questions:

IM: Which artists have you been frothing off in 2013?

DZ: This is a bit left field and just one of the best, King Brothers at Rics Cafe in Brisbane.  Can’t even explain….

IM: Favourite song this year and why?

IM: You’ve been announced to play Australia’s Big Day Out series of festivals next year, which is incredible and obviously well deserved. You must be stoked to be a part of it?

DZ: Yep, hopefully we don’t get a midday slot and melt on stage.

IM: The first record was well received around the world, along with an amazing set of shows back home on the back of it. What would be your ultimate venue/festival to play in 2014 in Australia?

DZ: Australia… I would say a sold out Riverstage at home in Brisbane.

IM: So what can you tell us about the new album? What kind of direction have you taken with this; different to the old one? Influences? Tell us what the most ridiculous track influence was?

DZ: We haven’t finished even writing the songs for it yet but we are pretty close to it. All I can say is that it is a similar affair to the first record but a bit more dynamic as a whole. Softer songs are our softest and heavier songs are our heaviest to date. As always I just want the record to be an adventure for the listener. Influences haven’t changed much, loads of punk, rock, metal, disco and electronic stuff floating around.

IM: You penned your latest single, ‘Northern Lights’. Explain why you’ve chosen this as your lead single?

DZ: We just thought it would be cool to try catch people by surprise a bit with something unexpected. Everyone thought the song was quite catchy or whatever so we thought this could be a good track to be the calm before the storm.

IM: On this note, congrats on the hype it’s already received, with some huge rotation both in Australia and internationally on BBC Radio 1 in UK. Must be stoked?

IM: Your live shows are something that sets you apart from most acts. Can we expect anything head mental added to your new live shows in 2014?

DZ: Not sure yet. I guess at the moment the main thing is just getting the songs ready for the studio, then we will see what happens in there. We may incorporate some new elements live or keep in raw. Just have to wait and see.

IM: You changed your band name all those days ago, so if you had to change your name again, what would you choose?

DZ: T-Bird and the Electric Eagles. We would also be a 6 piece moustache band.

IM: How was your time spent in NYC at Converse Studios?

DZ: Well, we tracked two songs which may or may not make it to the record. Was a cool experience there and everyone was crazy nice. The time outside the studio was drinking beers and eating pizza, what else do you do in NYC?

IM: Average Australian women out of 10?

DZ: Any beach i can find parking at.

IM: If you were to play alongside three other Australian bands for a festival bill who would they be?

IM: Finally. If you weren’t a musician, what would you be?

Thanks lads and looking forward to seeing you soon!