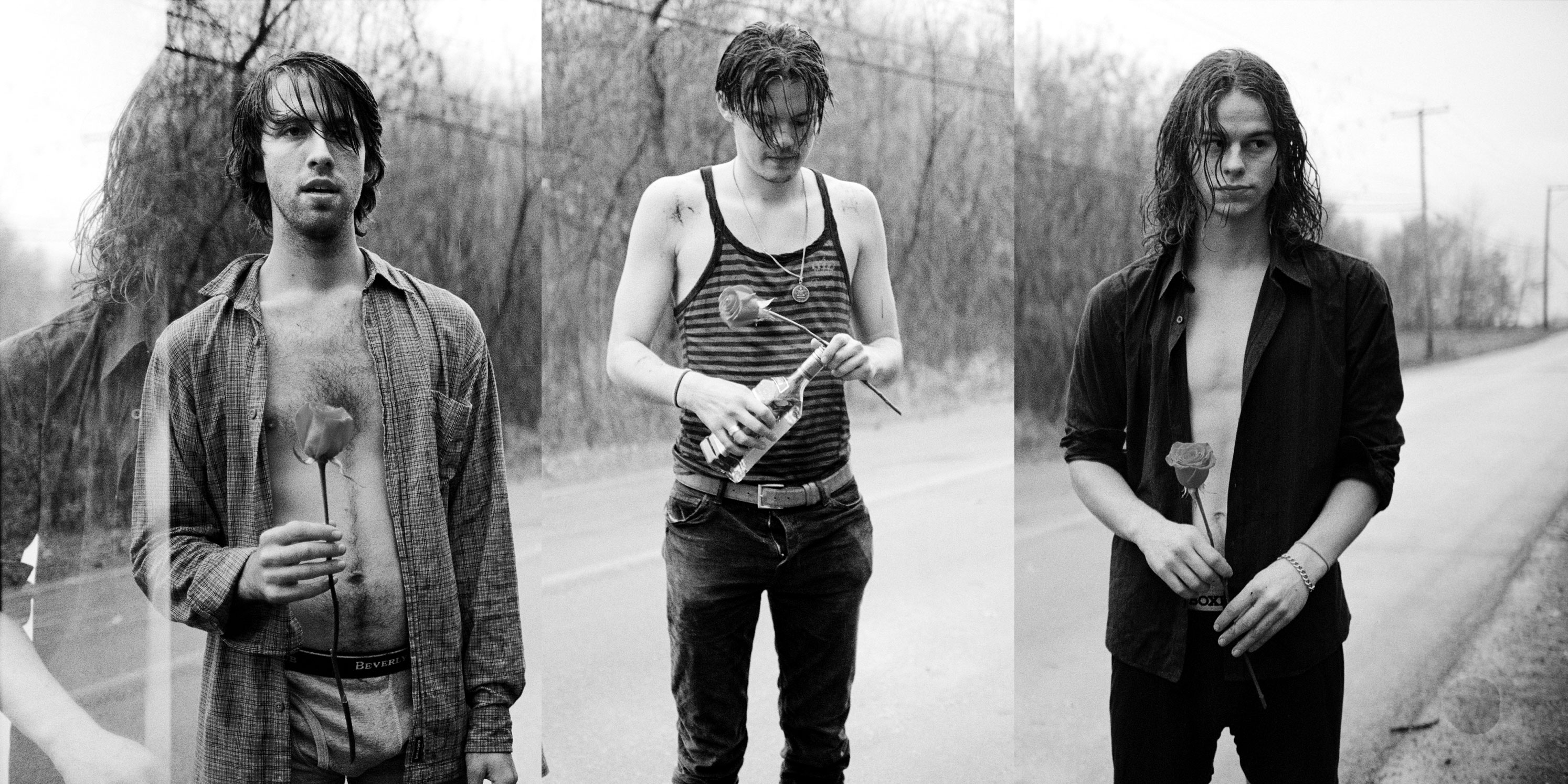 Half Moon Run have come a long way since we last talked to them back in January. They’ve toured with Metric and Mikhael Paskalev and are off to record a new album in 2014, as well as supporting City and Colour. They’ll be joining us for Woodford over New Years, with sideshows down the east coast. We had a chat to guitarist/vocalist Connor Molander:

SW: So you’re coming back to Australia in early January? You must have enjoyed it here.

Connor: Yeh very much, we’re actually coming in late December for Woodford Folk Festival, we did it last year as well, it’s fun.

SW: You’ve just finished your European tours, did you have a favourite gig that you played?

C: It’d be a 3 way tie between Amsterdam, London and Paris.

SW: And you also toured with Mikhael Paskalev, we’re really digging his music, how was it with him?

C: It was amazing, he’s super nice. I think he’s got a really bright future.

SW: Did he influence you enough to get you to dance around in your jocks in his next video?

C: Haha I would do it in a second if he asked me to.

SW: Any good stories come out of the Europe tour?

C: Ah some of them.. I don’t want to get too graphic or anything. I had a great time going hiking in the Alps, and swimming in the Mediterranean as well.

SW: Dark Eyes was an amazing album, looking back on it were you pretty pleased with the results from that?

C: It changes all the time, when we’re playing live I think “She Wants To Know” is probably my favourite now, it’s got lots of energy.

C: Yep, that’s what we’re planning for the first 4 to 6 months anyway, tour as little as possible.

SW: How will the new album differ from Dark Eyes?

C: We’ve developed a lot of our instruments and got a lot of new instruments involved, Devon’s been working on the violin a little bit

SW: What’s the story behind the name Half Moon Run?

C: It came up so long ago, the story is long gone. I liked the sound of the three words, it sounds a bit dreamy.

SW: What are some artists you’re loving at the moment?

C: Honestly, when I’m on the road I listen to music less often than when I’m at home. But recently, a lot of Jon Hopkins, London Grammar, Disclosure and James Blake.

SW: You guys covered Simon and Garfunkel’s “The Sound of Silence”, absolutely fantastic, how did that come about?

C: We were told we needed to do a cover, usually when we consider covers we go for songs from the 60’s. We love singing their harmonies, they’ve got a lot of nice folk songs.

SW: Do you ever play it live?

C: That was the only time we ever played it actually

SW: Would you play any covers live?

C: Maybe, we played one cover by a relatively obscure Canadian band called The Pink Mountaintops, but I don’t really like covers that much since the time you spend learning a cover could be spent learning a new song.

SW: Any other older band influences?

SW: I like to blame my lack of musical talent on the fact that my mum only listened to ABBA. How much of an influence did your parents taste in music have on you?

C: Haha, a little bit, I remember my family went through phases: Buddy Holly when I was really young and then Elvis.

SW: And if you weren’t in a band what would you do?

SW: If Half Moon Run became a movie, what would you be about?

C:  Maybe an epic war film, or a calm comedy. It varies.

C: Not a favourite, Patrick Watson is great, and old time guys like Neil Young and Leonard Cohen.

C: Of course not!

SW: You did a take away show with La Blogotheque in Paris, was that fun?

C: Yeh it was fun, it was a long day, we had an overnight flight and were all really tired though.

SW: What’s the best part about being in a band?

C: Being able to play music for a living, that was always the dream. I’d like to spend a bit more time with my family but over all being in a band is pretty great.