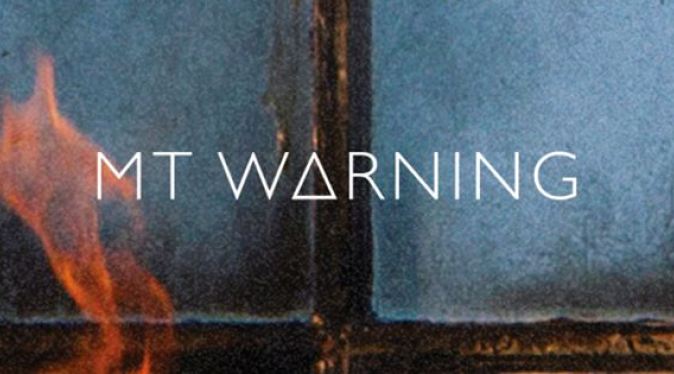 Byron Bay’s MT Warning have had a huge year of touring and recording, creating not just music, but experiences and stories – both audio and visual. We’ll be catching their brilliant live show at Laneway Festival in early 2014, and you should too. We had a chat with frontman Mikey Bee about the year they’ve had, and the story they’re telling.

You’ve just come back from a US tour, how was that?

It was amazing, we just did a fly-by trip to LA, to check out what’s happening there, and we ended up in Mexico for a week. Yeah, it was really good times.

It was all pretty wild, so many random stories – maybe none to be published…

We ended up at a bar owned by Edward Sharpe and his crew (aka Edward Sharpe and the Magnetic Zeros.) It was beautiful, they had this old piano and we ended up doing a spontaneous gig there one Saturday night. They’d wheeled in this piano from the 1700s and restored it, in this beautiful old building somewhere in Hollywood. It was pretty special, to bring some heart into Hollywood.

So there’s two of you in the studio, but you take some extra people on tour, right?

Yeah. We tour as a three piece unless we have our video guy, who becomes our fourth member. The studio work is me and Taylor who’s a filmmaker, and this is his first foray into the world of music production. It’s such an exciting way to collaborate with someone who’s not talking about minor sevenths and frequencies, it’s just about colours and visuals and edit points.

Do you try to use visuals at every live show? Can you do it at festivals?

It depends. The last show we took to Europe was a three piece band. We don’t always do the visuals, we don’t wanna do it where it won’t have the impact it’s designed for.

What are your musical influences?

Sonically it comes from listening to a lot of M83, The National, Bon Iver, Sigur Ros. Music in that world of building and growing.. But I have a funny relationship with music, it sort of washes over me.

What do you mean?

If I’m home alone I just have the house quiet. I find it exhausting, if I listen to stuff I wanna listen to a whole record. Because it’s in my head all the time, it’s like trying to listen to two conversations at once, so I either need headphones on and an album from start to finish, or nothing at all – but I guess that’s just my extremist nature.

What can we expect to see at your Laneway performances?

Yeah laneway is gonna be super fun! We’ve got a very energetic show. There’ll be lots of singing, probably dancing, hopefully the security won’t punch me in the face

Hahaha, did that actually happen?

It was our last show on the tour, back in Byron – our home town show, so everyone was nice and rowdy and excited. I’d been setting up these big loops at the end of the show. I jumped out into the crowd, dancing, got this half mosh going on, it was super fun. Well, security didn’t see it that way. He just ran straight over, grabbed me and smacked me in the face. I had to crawl my way back on stage – it’s dangerous out there.

Yeah, this years been busy. We started the year in the highlands of Ethiopia making a film for a charity, I was doing the soundtrack and Taylor was filming. And then the last trip getting back from LA, like, we couldn’t really have traversed two more different worlds – where humanity began to do something really special, to where Western culture has ended up, in a city like LA.

And does 2014 have even bigger plans?

It’s probably going to be busier. we’ll head to New York in January to work on some more video stuff, then get back to London, and then an Australian tour later in the year when the whole record comes out.

When will that be?

It comes out in March. I’m super excited to explain the whole story, it’s written as this whole album and we’ve put some stuff out there, we’re just laying the foundations. I can’t wait to show the whole picture, and tell the whole story.

Well I want people to listen, and take whatever they can from it. But we started with a story about someone lost in the ocean, and they’re sinking. They’re going down and the mermaids are taunting them, and this whole song came up with lyrics, the guitars had this mumbling feeling like it might sound in your ear as you’re sinking down. We started in the middle of the story, or what felt like the middle. So how did this guy get here? We wanted to go from the innocence of youth to the contented end of life. So the record tells that story, but each song has it’s own little movie in it as well.

Are you releasing a full film to go with the album?

We’re creating a short film, but the album becomes more of a soundtrack to a different story. It’s more the subtle nature of it, to let it sit and breathe, and be affected by the visuals, rather than to be a full on video clip.

So what are your new years plans?

Well it’s either to go “anti” and get to bed early, or form an ‘80s cock rock metal band and bring it in bells ringing. we’ll probably go large.